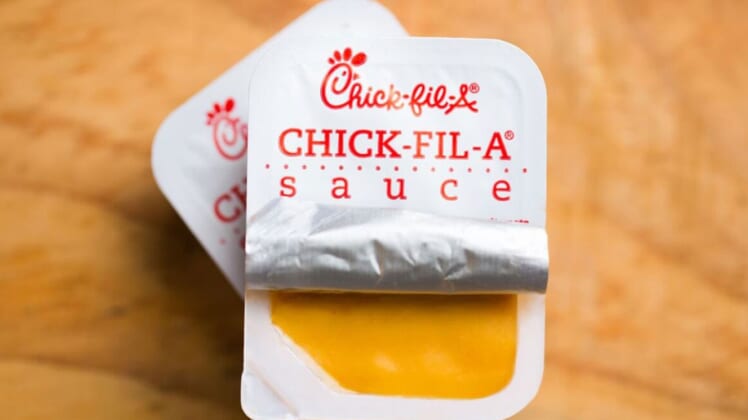 First it was fried chicken. Now Chick-fil-A has announced a sauce shortage.

“I just want to point out that Chick-fil-A sauce was bountiful during the Trump presidency,” national radio host Todd Starnes said. “Now our great nation is facing the most catastrophic of calamities.”

Chick-fil-A is limiting the number of dipping sauces each customer receives at restaurant locations due to an industry-wide shortage, WKRN reports.

In an email to customers, the popular chicken chain explained the new rules: One sauce packet for an entree. Two sauces per meal. And three sauces for 30-count nuggets.

“We are actively working to make adjustments to solve this issue quickly and apologize to our guests for any inconvenience,” the company said in a statement on its website.

Many on social media expressed concern and, in some cases, panic.