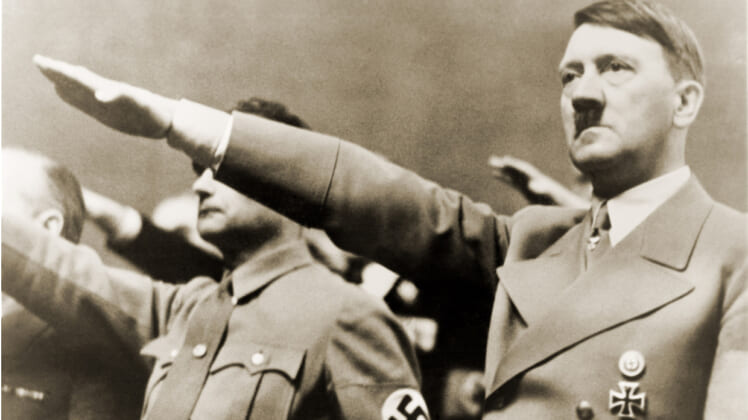 Lori Birk, an Englewood resident, shared an image of the “Accomplishments” essay written in the Nazi leader’s voice by a Tenafly student at Maugham School.

“My greatest accomplishment was uniting a great mass of German and Austrian people behind me,” the student wrote about Hitler’s rise to power. “I was pretty great wasn’t I? I was very popular and many people followed me until I died. My belief in antisemitism drove me to kill more than 6 million Jews.”

Birk said the student dressed as Hitler while reading the “Character Development” project to the class.

“This was teacher approved,” Birk wrote. “Please read- as this was hanging in the Maugham School hallway in Tenafly. This is ignorance, antisemitism and hatred taught at a fifth grade level. Shame on the parents who helped their child dress as Hitler and the teacher who has approved such hatred. Please read and share. Antisemitism in full form right here in Bergen County. Mayor Mark Zinna and Governor Phil Murphy- is HATE really acceptable in the NJ public school system?”

Birk, in a separate post, wrote: “This is a country filled with children and grandchildren of Holocaust survivors. As there are fewer survivors still alive- we must remember and teach our children the atrocities of this monster and no his ‘Accomplishments.'”

Tenafly Public Schools Superintendent Shauna C. DeMarco said officials are reviewing the assignment, which was taken out of “the context of social justice” and issued by a Jewish teacher, Fox News reports.

“We understand that tensions are running high and that our community is extremely upset. We share those feelings,” DeMarco said Monday but added it’s unfair to judge the student or teacher.

“We fully appreciate the concerns that have arisen regarding a fifth-grade class assignment on social norms and historical figures who personify good and evil,” DeMarco wrote. “The assignment … asked students to speak from the perspective of one of these individuals and how they might have perceived and rationalized their actions. When people saw the students’ projects, which were displayed in the school, they did not understand the assignment, resulting in justifiable concerns.”