Gender-Fluid Ballet Dancer Identifies as He/She/They, But Wants to Dance as Girl 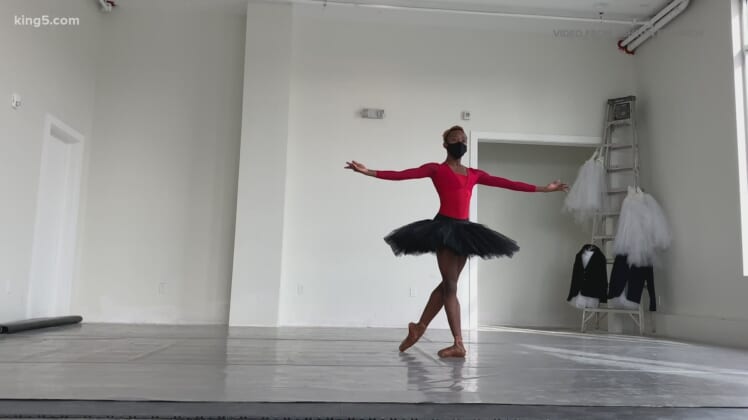 Ashton Edwards, an 18-year-old out of Flint, Michigan, is now claiming all pronouns as he is the first-ever male student to be officially studying the style of dancing called en pointe at the Pacific Northwest Ballet.

Edwards has been dancing most of his life, but this poor kid doesn’t know what he “identifies” as. Last year, Edwards came out as a gay man, but his multiple identities it’s like alphabet soup.

“He him/ she her/ they them,” Edwards told KIRO 7 News. “I haven’t hanged any labels yet but I’m still learning.”

En pointe is a ballet technique that’s reserved for women, but Edwards has decided he wants to learn it, too.

Even if Edwards identifies as a “she/her,” he’s still an eighteen-year-old boy that wants to dance with the ladies.

But, he also wants to make sure the gender is eliminated from en pointe all together. KIRO 7 News reports that the text of the student handbook won’t say “women” next season Instead, it’ll just say “students” to eliminate any sign of gender.

“I knew it was bigger than me from the beginning,” Edwards said. “I had to put myself in a very vulnerable state. It’s hard for a lot of queer youth to be their true self, especially because for so long we are told we’re not supposed to be these things, not supposed to be ourselves,” he said in the interview.

As much as Edwards may want to be a girl, the scientific fact still remains that he’s not. But, the prestigious PNB is doing everything the teenager wants, and in the end, women will be on the losing end of all of this, despite what the feminists say now. When men are allowed to invade women’s sports, girls are the ones that end up losing the most.