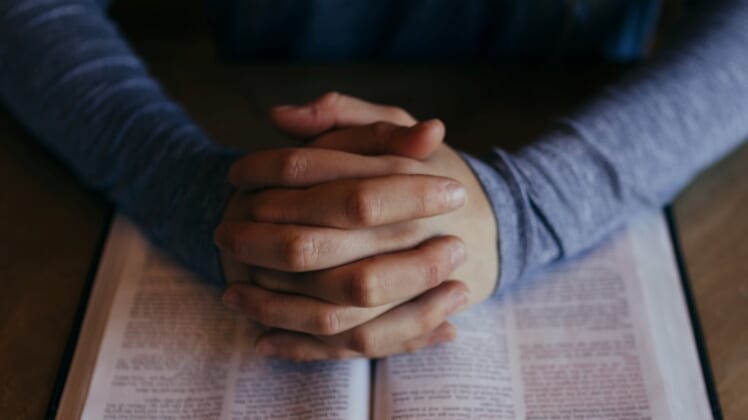 A theology professor in Macon, Georgia is defending a prayer asking God to help her “hate White people.”

Dr. Chanequa Walker-Barnes, Ph.D., Mercer University associate professor of practical theology, responded to backlash in a Twitter thread Wednesday, saying critics are “so wrapped in White supremacist Christianity that only God and maybe some cult deprogramming can help them.”

The professor who teaches courses on pastoral care and counseling wrote the controversial “Prayer of a Weary Black Woman” in a new book, “A Rhythm of Prayer: A Collection of Meditations for Renewal,” Campus Reform reports.

“Dear God, Please help me to hate White people,” Walker-Barnes writes. “Or at least to want to hate them. At least, I want to stop caring about them, individually and collectively.”

“The devil went down to Georgia and got a job at Mercer University,” Starnes said. “Is the university aware they have a raging racist in their theology department?”

The professor who is also a psychologist goes on to say she wants to “stop caring about their misguided, racist souls, to stop believing that they can be better, that they can stop being racist.”

According to her biography, her mission is to “serve as a catalyst for healing, justice, and reconciliation,” and her faith “has been shaped by Methodist, Baptist, and evangelical social justice communities as well as by Buddhism and Islam.”

In the lengthy prayer, she writes: “I am not talking about the White antiracist allies who have taken up this struggle against racism with their whole lives. No, those aren’t the people I want to hate.”

Walker-Barnes asks God to help her hate not only “Fox News-loving, Trump-supporting voters who ‘don’t see color,” but also white people who claim “the progressive label but who are really wolves in sheep’s clothing.”

“Lord, if you can’t make me hate them, at least spare me from their perennial gaslighting, whitemansplaining, and White woman tears,” she prays.

“Lord, if it be your will, harden my heart. Stop me from striving to see the best in people. Stop me from being hopeful that White people can do and be better. Let me imagine them instead as white-hooded robes standing in front of burning crosses. Let me see them as hopelessly unrepentant, reprobate bigots who have blasphemed the Holy Spirit and who need to be handed over to the evil one.”

The prayer was shared by Ryan McAllister, lead pastor at Life Community Church in Alexandria, Virginia, who said one of his members found the “devotional” in Target, Fox Business reports.

Reacting to several passages of her prayer, Instagram influencer Kangmin Lee, a Korean Christian conservative, said “This is the most insane thing I’ve ever seen in my life … Critical Race Theory is demonic.”

In a course of several tweets, Walker-Barnes said she wrote the prayer in response to a white friend (at the time) who “dropped the N-word in a casual conversation,” adding “I took my rage to God in prayer.”

She concluded: “In all truth, my family and my personal experiences have given me millions of reasons to hate White people. The hatred would be justified. I could even find biblical precedent for it. But dammit if God hasn’t give me a different spirit, one that insists on looking for goodness and possibility, one that holds anger and hope together.”