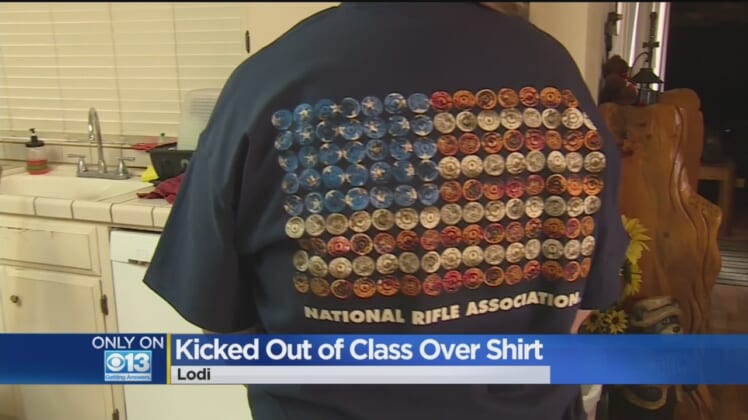 A history teacher at Lodi High School in California yelled at a student for wearing an NRA shirt and kicked another student out of class.

The teacher singled out the students and told them guns were bad and that guns kill people.

“She was basically being attacked in class,” she said, referring to her teenage daughter.

Mrs. Craig said another student was sent to the principal’s office because he refused to take off the NRA shirt.

I made a decision when we launched our radio program that we would stand alongside young people who are bullied by leftwing school teachers.

So I personally called the Lodi Unified School District to find out why this teacher harassed these law-abiding, pro-Second Amendment students.

How about a public apology to the students in front of the entire history class? That seems like an appropriate thing to do, too.

There’s no place in a public school classroom for bullies – especially when the bully is teaching the class.

And the school district might want to keep an eye on this teacher to make sure he hasn’t turned his classroom into a leftwing indoctrination center.