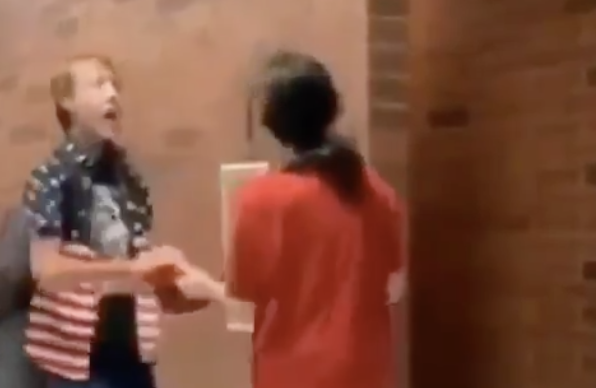 Fifteen-year-old Braxton McElhaney told television station KUTV that his attackers ripped his hat off, stomped on his glasses, threw his American flag face mask in the dumpster and spit in his face.

The boy tried to take back his hat, but that only enraged his attackers.

At that point a second female student got involved and spit on the boy.

The camera zooms in on the boy and his face is covered in spit.

Once the school district saw the video, they took immediate action and contacted law enforcement.

“This situation was immediately investigated with the support and involvement of law enforcement,” the district said in a statement to the television station. “Swift, appropriate disciplinary action was taken following district protocol.”