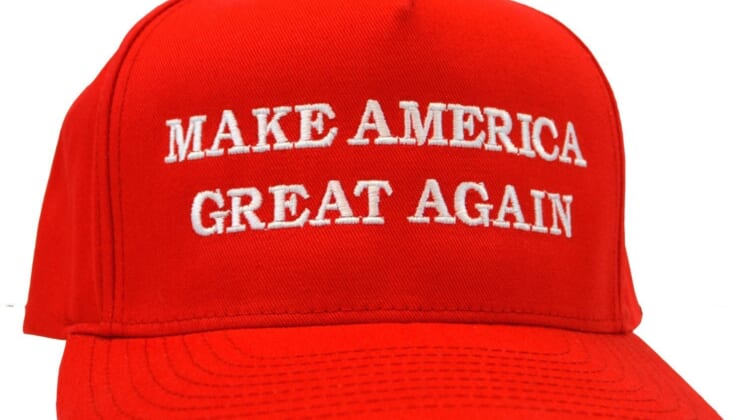 A video went viral on Wednesday that claimed to show a high school teacher in California tell his students during a virtual lesson that when someone says, “Make America Great Again,” they really mean, make the country “kind of racist and sexist again.”

Ryan Fournier, the founder of Students for Trump, tweeted the video that claims to show the teacher, Patrick Casey, on a Zoom conference call saying, “White men…white men miss the old day when they can just be a white dude and walk down and grab women by their genitals and nobody said anything. Right? But you can’t do that now..So that’s why there’s all these people, ‘Make America Great Again.’ What they mean is make it kind of racist and sexist again. That’s what they’re talking about.”

The video identified Casey as an English teacher at Oxnard Union High School. The class he was teaching was Freshman Honors English and the video was recorded last month, the report said.

ToddStarnes.com called the school, but there was no answer. The College Fix said it reached out to the school district and also did not receive a comment.

Casey’s alleged comments were the latest example for many online of how teachers force their political views on students and intimidate conservative students in the process.  One Twitter user wrote, “So what is being done about Patrick Casey the teacher who is spreading lies that definitely have nothing to do with teaching a English class? Or are you OK with a teacher insulting student’s parents with a false agenda?”

RDER TODD STARNES’ NEW BOOK ‘CULTURE JIHAD: HOW TO STOP THE LEFT FROM KILLING A NATION’