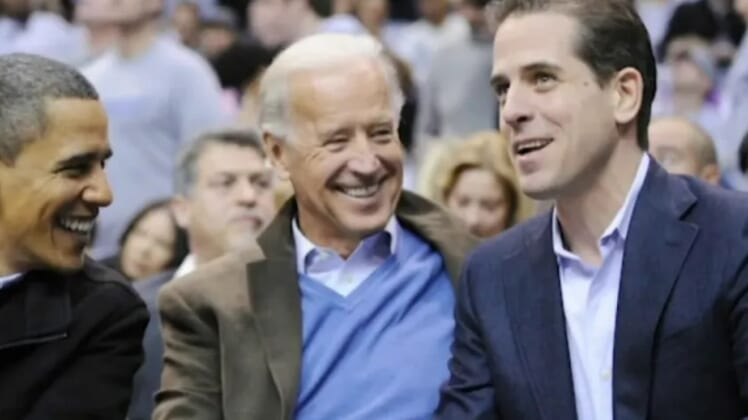 Hunter Biden is reportedly going to be a guest speaker on “fake news,” a term popularized by former President Trump, at Tulane University in New Orleans, the Daily Mail first reported.

“Is this a joke?? This can’t be real…” Newsmax anchor Heather Childers tweeted, echoing many online given his controversial history.

President Biden’s son is one of many guest speakers in a 10-week course this fall titled “Media Polarization and Public Policy Impacts.”

The course is described as “the current state of the media landscape in the United States and how media polarization, fake news and the economics of the new business impact public policymaking in Washington D.C.”

Hunter Biden, who admitted to smoking parmesan cheese while promoting his drug-filled memoir, recently told media the controversial laptop that made headlines last year “could” be his.

Big Tech, including Twitter and Facebook, censored bombshell reports about the Bidens and unethical foreign business dealings with China and Russia while Biden was vice president.

After the election was finally over, Hunter disclosed that he was under federal investigation.

“Hunter Biden lecturing a class on fake news is like Harvey Weinstein teaching a course to prevent sexual harassment. It shouldn’t be happening. Period,” he said.