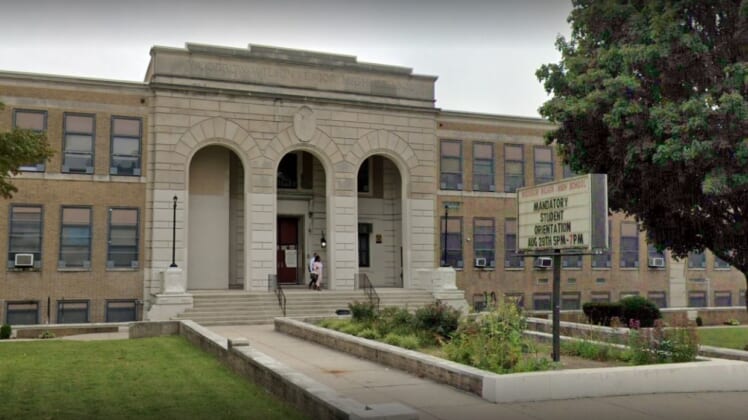 A New Jersey school district plans to change the name of a high school due to a former Democratic president’s “racist” legacy.

The Camden School Board voted to change the name of the 90-year-old Woodrow Wilson High School 18 months ago after a petition began on change.org.

“After years of examining the legacy of former US President Woodrow Wilson, WE have come to see that his views and actions contradict the values and diversity We see in Woodrow Wilson High School today as well as the society WE live in Camden NJ,” the petition reads. “[we] Must be honest with Our People about the truth of a school that was named after a white supremacist who was a former US President.”

“To continue to have such a name on a school only aides as a continuous reminder of a true systemic oppression that has not only been foreseen by US as parents but also Now through the eyes of Our Children today.”

The petition started gaining traction after George Floyd’s death and nationwide protests in 2020. According to the Daily Wire, Camden School District Superintendent Katrina McCombs shared the communities concern about the school’s namesake being “an individual who expressed and demonstrated racist values.”

“We are proud that our schools represent places of diversity and inclusion, and we plan to increase our efforts to reshape the identity of this venerable and cherished school,” the school said to NJ.com. “We plan to collaboratively work with current Wilson students, parents, alumni, and community leaders on an inclusive process to rename the school.”