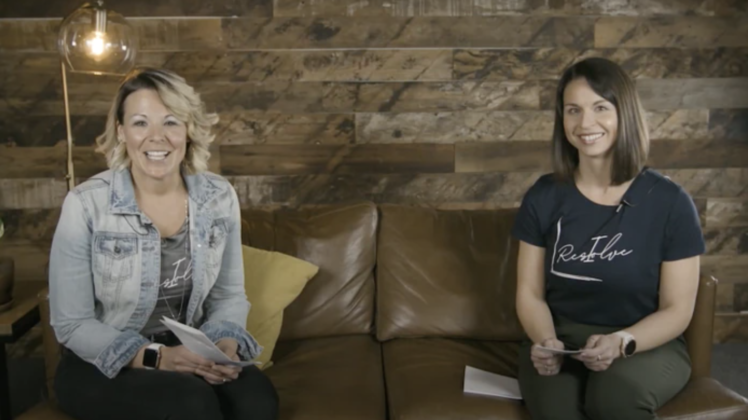 The following is a rush transcript of Todd’s interview with Brad Dacus, founder of Pacific Justice Institute. Dacus was a guest on the Todd Starnes Radio Show, 12p-3p eastern. Listen to the full interview above.

TODD: I want to go to the Liberty University newsmaker line, one of the most important legal voices in America, Brad Dacus, the founder of Pacific Justice Institute. They’re doing some incredible work all over America, defending religious liberty. Brad, it is good to have you back with us.

DACUS: [00:44:16] Oh, it’s always a pleasure, Todd. Really appreciate the work you do. And all the many people that watch, listen to or listen to your program. It’s it’s a big blessing.

TODD: [00:44:24] Brad, you guys are all over these kinds of stories. And and I’m so thankful for that because we need people like you out there. I want you to tell us what’s happening in the school district in Grants Pass, Oregon.

DACUS: [00:44:36] Two public educators from a middle school there in Grants Pass school district – Assistant Principal at North Middle School in Grants Pass Rachel Damiano and 7th Grade teacher Katie Medart – they decided that they wanted to express their concerns about the new far leftist policies taking place. So they have a website. It’s called “I Resolve,” and they have some videos on there, including themselves, expressing their concerns of of the policies taking place. They don’t identify themselves as teachers. They don’t say what school they work for. So it’s in their total private capacity.

Well, someone discovered it reported to the administration of the school district and they are on leave pending an investigation. And it’s shocking. And so we at Pacific Justice Institute were contacted by them and we have filed a lawsuit in court for them on their behalf. And it’s just a very important First Amendment issue on free speech and the ability for people who work for the government to have free speech like everyone else.

DACUS: [00:45:46] Yeah, I know it’s not they’re not really annunciating much, but they’re being very critically examined for their expressed policies that on their own private website, “I Resolve,” suggesting that the school have a policy that has boys coming in, boys restrooms and boys locker rooms and girls and girls restrooms and girls locker rooms based on not who they say they are, but who they anatomically are. That’s one thing they advocate. And of course, the other is for teachers not to have to violate their conscience in the classroom by using a pronoun that they know is a lie, is and is potentially harmful to the child.

So that’s what they just they’re advocating on their own private lives that will because they’re advocating things that are going against the far leftist establishment and the teachers union push because of their view. That’s why they are being investigated to potentially be fired and removed from public schools. This is, of course, very, very dangerous and we, at Pacific justice, are standing by and we have over 50 cases, an active litigation right now across the country with offices all across the country. And we just take every single one of these very, very seriously because it’s our civil liberties where we’re talking about protecting.

TODD: [00:47:05] Well, they’re hugely important. And and that’s that’s a good point that you guys, even though a Pacific Justice Institute, it’s not just on the West Coast, you guys are all over the place. And, you know, Brad, I was just thinking, I mean, hearing about these teachers just a few days ago, we were talking about Tanner Cross, who’s the elementary school gym teacher in Loudon County, Virginia. He went before the school board as a citizen and as a teacher and expressed his concern about the same issue. Of course, he was put on leave, but fortunately, a judge intervened and said, no, you can’t do that, that’s unconstitutional. And so, you know, he’s back or at least heading back to the classroom. You guys have to feel somewhat hopeful, maybe that the same thing could happen here.

DACUS: [00:47:50] Yeah, it’s definitely an asset because federal courts are required by law to give consideration to what other courts have decided on similar issues, not bound by it, but they’re required to give consideration in their deliberations. So that’s a definite positive. But the interesting thing is, once again, we’re not talking about what a teacher is saying in a classroom to advocate in a classroom. We’re talking about a teacher in their capacity as a private citizen outside the classroom on their own private website, expressing their opinion of their values and their concerns and their convictions. It is so important that when someone works for a government, the government in any form, schools or otherwise, that they not do so with the fear of losing their First Amendment rights under the Constitution for free speech or the free exercise of religion or any of their constitutionally protected rights. We’re talking about speech outside the classroom. We see teachers all the time breach the trust of parents inside the classroom. We’re just talking about, you know, teachers outside the classroom being able to have that opportunity. And I mean, people stand by that.

TODD: [00:48:58] This sounds to me like the teachers union. Maybe these you know, the activist community is saying if you are a school teacher, you will endorse this particular lifestyle, you will endorse this behavior. And if you don’t endorse it, you’ve got to keep your mouth shut or you’re going to be in trouble.

DACUS: [00:49:18] Yeah, that’s exactly what they’re saying. They’re saying there’s only one viewpoint and perspective under the state and and that may be totally fine and expected for Communist China or Castro’s Cuba or Venezuela, but not for the United States, not if our Constitution is to mean anything at the end of the day. Fortunately, Todd, we know that we have a fantastic majority on the Supreme Court, not a total unanimous, but majority, but a majority. And we’re very optimistic that at the end of the day, these kinds of cases are going to come out in a way that vindicates our First Amendment rights under the Constitution and the rights that we that people like these two teachers still have.