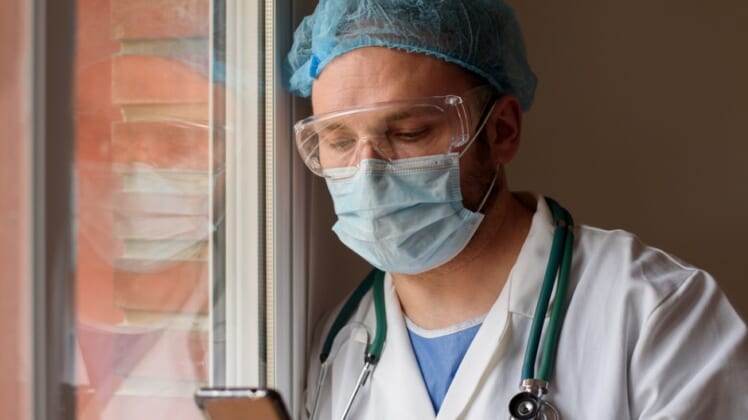 Despite the fact that the disease originated in China, we aren’t “allowed” to call it by its origin, according to woke society.

“The great irony is,” says Todd Starnes, “that a good many diseases have been named after people and places. Are they also going to fire professors who teach about the Spanish Flu or Crohn’s diseases or Alzheimer’s?”

Now, calling the coronavirus “The Chinese virus” can get you in big trouble.

That’s what one college professor at the University of Cincinnati learned this semester. The professor, John Ucker, called the sickness the “Chinese Virus” in an individual email to a student that had to quarantine due to coronavirus exposure from his girlfriend.

The student posted a screenshot of the email, which quickly went viral:

The school’s Office of Equal Opportunity and Access was tasked to look into the incident, and their final verdict wasn’t a kind one for the professor.

The News-Record student newspaper reported Ucker had been placed on leave for the rest of the semester, and his future with the school is now uncertain.

Dean of Engineering and Applied Science John Weidner said in a statement:

“As an isolated reference, the term ‘Chinese virus’ did not meet the threshold to be designated harassment.  However, it did represent poor judgement, caused offense to members of our community and distracted from the learning environment.”