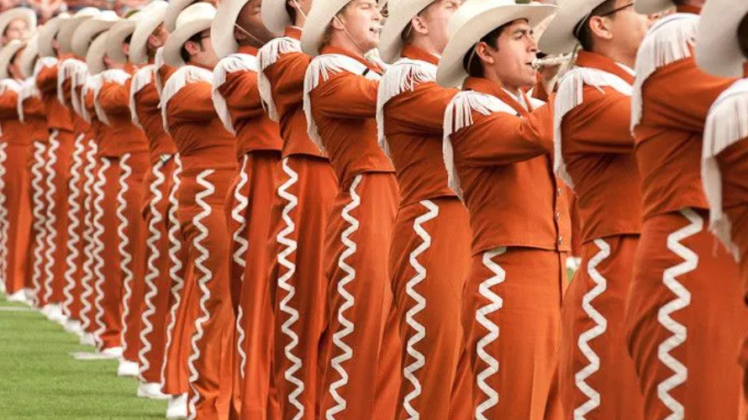 There’s a full-scale uprising within the ranks of the University of Texas Marching Band. The Longhorns refuse to play “The Eyes of Texas” – the school’s beloved spirit song for the past 120 years.

The Black Lives Matter crowd says the song was originally part of a minstrel show – performed in black face. But that was back in 1903 – not 2020.

So it’s beyond me why the marching band has their picollos in a twist.

“When I learned the history of (the song), (my views) immediately changed because it excludes members of the student body,” drum major Ally Morales told the Daily Texan. “If the thing that I thought united everyone doesn’t, then it’s not worth (having). Because the decision is up to me, I will not initiate ‘The Eyes of Texas’ for others to play.”

Since the start of the season – a recording of the song has been played over public address system. But the marching band can’t muster up enough musicians to play.

It seems to me that the grownups in charge of the University of Texas have a decision to make.

Either let the kids march to the beat of their own drum or revoke every marching band scholarship and tell every perpetually-offended musical snowflake to blow it out their wind instruments.

Be sure to listen to my national radio show live noon to three eastern and download my free podcast at ToddStarnes.com.