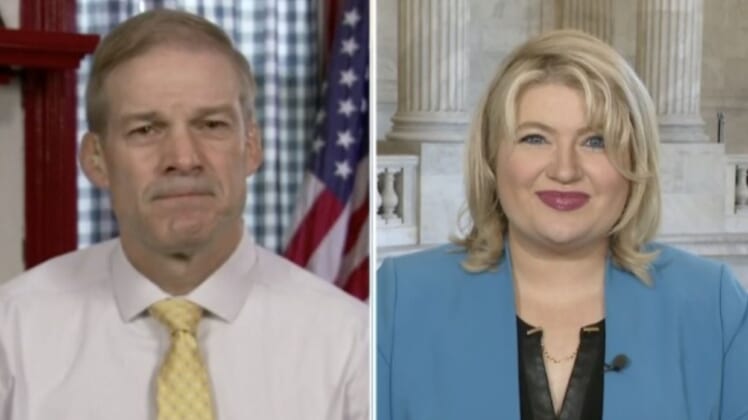 Rep. Kat Cammack (R-FL) is joining Rep. Jim Jordan (R-OH) to form a caucus to fight back against the liberal bias on America’s college campuses.

The two lawmakers teamed up with Young America’s Foundation to form the Campus Free Speech Caucus, which aims to expose the censorship of conservatives at institutions of higher learning.

“Anymore [college campuses] are looking more and more like indoctrination camps,” Cammack said. “Kids are coming out completely indoctrinated with this liberal nonsense in their head and we see the results of it.”

She highlighted “ludicrous” far-left social programs like the Black Lives Matter movement, “Defund the Police’ movement and critical race theory that is taught by educators.

“All of the challenges that we are facing here today are a result of our education system,” she said. “We are teaching people to hate through critical race theory. We are encouraging children to be racist, and children are not born with this baggage.”

“It wasn’t too long ago that I, myself, was an undergrad, and was being told by my Latin America Politics professors that ‘Every world conflict was a result of a white republican man,’” she said. “The experience of conservatives on college campuses today is that they are hated, they are vilified, they are harassed…”

She concluded: “It is so past time that we get engaged and involved and really hold these universities of higher education accountable. Our tax dollars and our kids are at stake here.”

LISTEN TO THE INTERVIEW WITH REP. CAMMACK ON THE TODDCAST PODCAST BELOW:

“The First Amendment is under attack on campuses across the country,” Jordan said in a statement. “Every day, students and faculty are forced to self-censor out of fear that they will be ‘canceled’ by the mob. The Campus Free Speech Caucus, led by Rep. Kat Cammack and inspired by YAF, will work with Congress to push back on ‘woke’ cancel culture and defend freedom for Americans everywhere.”