School District Replaces Christmas and Columbus Day with ‘Days Off’ 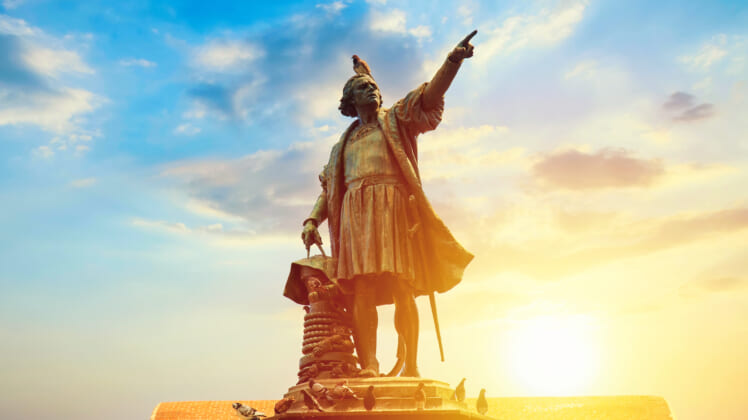 A New Jersey school district is facing a mountain of fury from parents after holidays like Christmas and Columbus Day were renamed as “days off.”

School leaders in Randolph Township voted unanimously to keep specific holidays off the school calendar — a decision that was made after controversy over “Columbus Day.”

Randolph school directors voted unanimously to keep specific holidays off the school calendar, a decision they made during a raucous meeting in which residents bristled over the district’s handling of Columbus Day.

In Randolph, residents unhappy with the renaming turned out for Thursday’s meeting. They charged the vote was taken without public input and was insulting to Italian Americans and their contributions to the country.

“I would like to think that the removal of Columbus Day was simply based on a lack of understanding,” Franco Piarulli, a parent, told the board, according to an audio recording of the meeting. “Either that or Italian Americans are simply not part of your definition of inclusion.”

“Don’t spit on my grandfather’s grave,” is how one person put it.

State Sen. Anthony M. Bucco said changing the name may have been an attempt to promote diversity, but the move has had the opposite effect.

“Really, what you have done is create division,” Bucco said.

In response to the outrage, the district decided to eliminate all official holiday names. The decision was made for “diversity and inclusion,” school leaders said.

Maria Ricupero, a first-generation Italian American and history teacher, told the Daily Record that the movement to change Columbus Day to Indigenous People’s Day is “not just anti-Columbus Day” but a movement “that appears to be against the Italian and other European roots of the nation.”

“You have slapped every Italian American that lives in this community in the face,” wrote Ricupero in an email to Randolph school board members. “I have no problem celebrating Indigenous people, but why does it need to be at the expense of Italians? When will Randolph be celebrating Italian contributions to the United States?”

Hundreds of citizens have already signed a petition calling for the entire school board to be removed. As well they should!