Shame on the Intolerant Snowflakes at Rhodes College 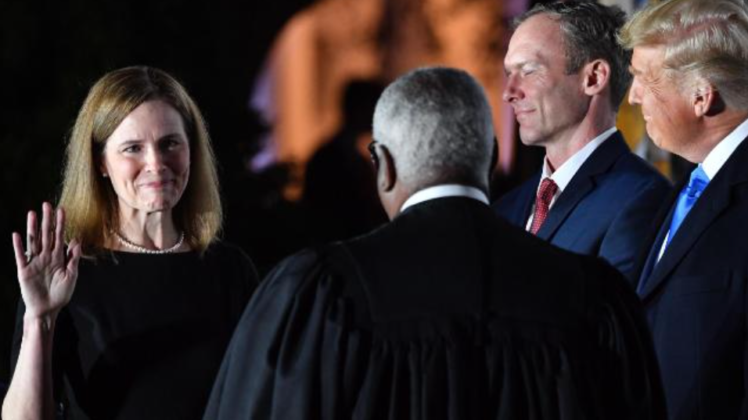 The ladies of Kappa Delta at Rhodes College in Memphis are in quite a tizzy.

One of their own, Amy Coney Barrett, had just been nominated to become a Supreme Court justice. Normally, that would be a reason for celebration. Most small colleges would trumpet such an accomplishment.

But Rhodes College is struggling with finding the right tone and tenor, which is a bit surprising seeing most Southerners are known for their good manners.

But Rhodes College is a leftists school – basically Berkeley with a Southern drawl.

The sorority girls were not exactly overjoyed by Barrett’s confirmation, but it was a cordial (if not cool) congratulatory message.

Apparently even that tepid statement drew great outrage from the student body — enraged that Kappa Delta would dare to speak Barrett’s name.

It was the ferocity one might expect by announcing that Wednesday night church supper was going to be vegan.

They alleged that Barrett “does not intend to defend the rights of marginalized peoples.”

The following day, the sorority posted a full-blown apology – saying they were deeply sorry for writing such a “hurtful statement.”

“We did not intend to enter a political debate, take a stand on the Supreme Court nomination, cause division among our sisters, or alienate any of our members,” they wrote.

Kappa Delta promised to begin a journey toward diversity and inclusion. And they first step in that journey was to exclude conservative, pro-life, pro-family women who happen to be devout Christians.

Somebody needs to tell the precious snowflakes at Rhodes College that sometimes life is not fair and that sometimes you don’t always get what you want.

But before you do that, be sure to have a pacifier nearby — and a cookie – just in case they get triggered.