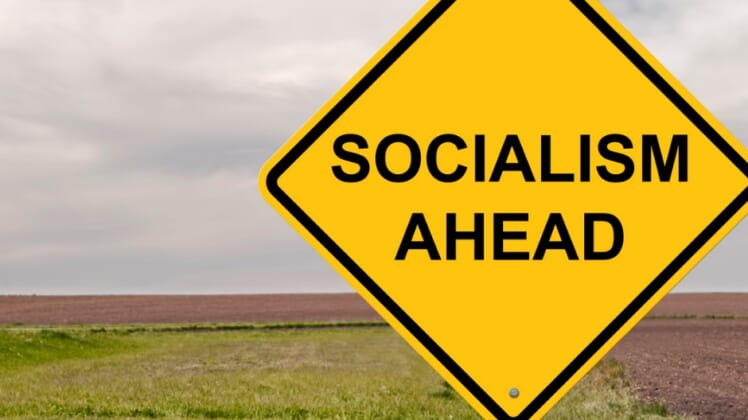 Former Congressman Dave Brat (R-Virginia) may no longer be in office, but he is still fighting for Christian principles and not shying away from taking on Democrats, especially those that are embracing socialism.

Join the Todd Starnes Show as we support Liberty University students! We are asking all of our readers to donate $20 to help assist students with financial needs. Click here to donate!

And Brat delivered a stark warning Thursday on The Todd Starnes Show: western civilization is at a crisis point.

“I used to work at the World Bank and I’ve studied every country on Earth,” said Brat, now dean of Liberty University’s School of Business. “This giveaway, socialist, Communist strategy is just a ticking time bomb, and I think even the folks in major cities are starting to catch on.”

“Maimonides, the great Hebrew scholar and ethicist, said that the greatest highest virtue period is getting someone a job,” said Brat. “That’s the Republican logic, the common sense logic that you’ve got to get people a job, get them employed, (and) get them some skills.”

There’s a good chance you may not be familiar with Maimonides; while others may have never been taught ethics in school.

“Grades K through 12 don’t do any ethics, which is a travesty,” he mourned. “They’re all scared of their shadow, and political correctness. They don’t know what to teach, so they don’t teach anything.”

Things are not much better at the university level.

“If you go for a master’s in business and look in the textbook, they’ll teach a few things such as Kantian ethics or Aristotle, and that’s it,” Brat explained. “Liberty University is proud to teach the Judeo-Christian moral tradition that formed and made our society so successful. Other universities are scared to bring it up because the Left will come after you if you dare to go down that road.”

Speaking of the Left, Brat said Democrats have resorted to name calling.

“In line with that, they’re invoking this fascism claim every other five seconds,” Brat continued. “I don’t think they took eighth grade social science, because fascism requires a big state, a huge government that takes over the entire state.”

Meanwhile, Brat has concerns about many of the big political donors.

“A lot of the big donors are in Big Data and Big Tech and Google, and all these guys are Democrat lefties that wanted Hillary to win,” added Brat. “You can see what they’re doing, and they’re all going hand in hand to the government to be safe, and when everybody goes to government to be safe, no one’s safe.”

All things considered, Brat said he is not too optimistic about the trend line this this country is facing.

“We’ve got to turn it around quick,” he told Starnes.