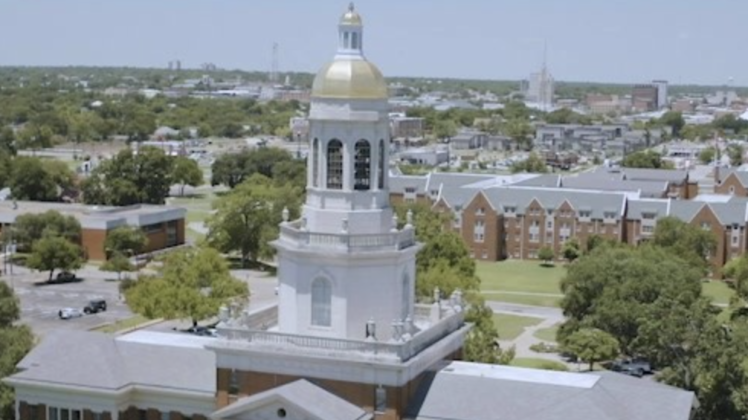 Dr. Robert Jeffress, the pastor of the First Baptist Church in Dallas, Texas, said a student at Baylor University drew the ire of the school’s “bias squad” after she affirmed a biblical definition of marriage.

Baylor University was asked to comment on the pastor’s allegations, but so far they have not responded to our inquiries.

“She voiced the belief that marriage is between a man and a woman in a class – it’s in the Bible,” Jeffress said on the Todd Starnes Radio Show. “She got a telephone call from the so-called bias squad at Baylor University.”

Jeffress said the young woman is married to a member of the church and was astonished that she received the telephone call.

“A paid staffer called to request a meeting concerning her beliefs,” the pastor said.

Jeffress recounted the incident during a discussion about what Christians could expect during a possible Biden administration.

It’s an issue I wrote about in my latest book, “Culture Jihad: How to Stop the Left From Killing a Nation.” Click here to read my book.

He warned that Christians would face difficult times and agreed that we should be very alarmed about Democrats who want to send Trump supporters to re-education facilities.

That’s when he referenced the incident at Baylor.

“They said the meeting would be education,” Jeffress said. “I told her that in China they called that an education, reeducation camp.”

Jeffress said the young woman’s husband plans to attend the bias squad meeting with his wife.

“If that’s going on at a so-called Christian university, we shouldn’t have any trouble imagining it should happen by a secular university,” the pastor said. “God’s people need to stand strong, stand up and refuse to back down.”

Listen to the full interview by clicking here.