Teenage Girl: I Was Banned from Wearing American Flag in Yearbook Photo 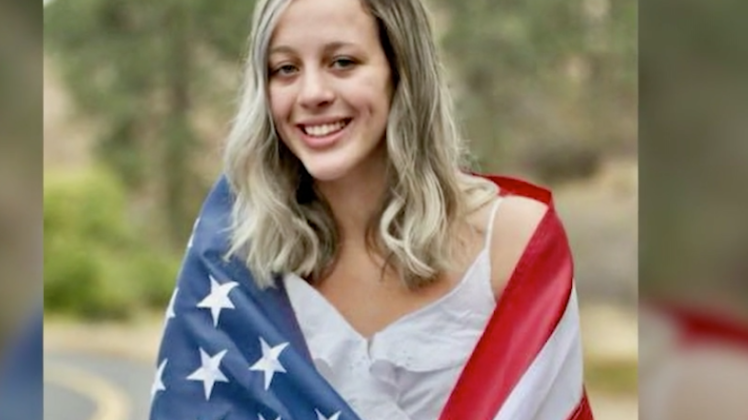 The following is a transcript of Hello Americans. I’m Todd Starnes with news and commentary next.

Sierra Athos is an American patriot – a modern-day Betsy Ross. She’s a 17-year-old student at Lewis and Clark High School in Spokane.

When it was time for yearbook picture day Sierra decided she would include the Star-Spangled Banner.

“I just love America,” she told television station KXYL. “I love the flag so I just wanted to represent that in the yearbook.”

The first photo – of Athos standing on a highway in front of a pickup truck with an American flag and a “Trump 2020” sign – was rejected, the Spokesman-Review reported.

So was the second photo. It shows her with an American flag draped over her shoulders.

Sierra says she was told the American flag was a no-no because of a new yearbook policy – no props allowed and they considered Old Glory to be a prop.

Sierra says she was not trying to make a political statement – she just loves America.

“We do not and have not banned the American flag from inclusion in photos,” principal Marybeth Smith said in a statement. “In the past we have celebrated students who have enlisted in the military by using senior photos highlighting their branch of service – students in uniform and U.S. flag displayed behind them.

It’s hard to believe – but some people actually think it’s political to be a proud American.