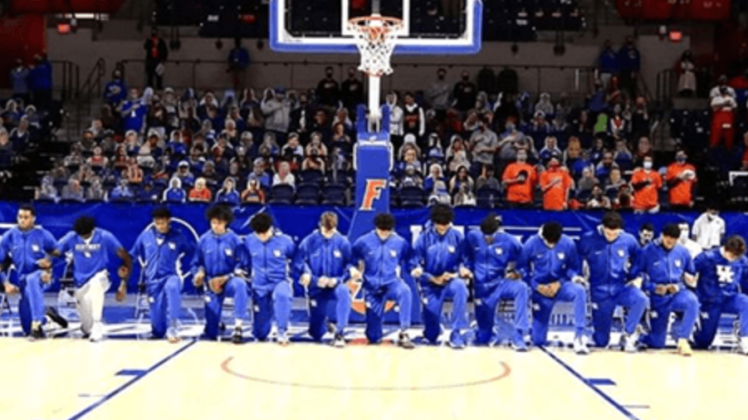 Kentucky Sheriff John Root earned the devotion of patriots across the commonwealth when he burned his University of Kentucky shirts after the basketball team disrespected the country by taking a knee during the national anthem.

The video is posted below.

“Can you imagine the blood and sweat that has been lost for that flag??? I lost a Uncle in Vietnam fighting for our rights and I know a lot of veterans that have fought and each of you have family that have made sacrifices as well! But honestly to think that a so-called Coach and team would take such actions sickens me,” Root wrote in a lengthy Facebook post.

The basketball team even celebrated and promoted their unAmerican behavior on a Twitter post titled, “Together as One.”

Root called out Kentucky coach John Calipari saying he was disgusted and outraged.

“Here’s what I think about the program, coach until you can get these guys under control and lead by example,” Root said, as he tossed a Final Four shirt from “way back” into the fire.

Calipari said he spoke with some of the team’s veteran players after he heard their teammates wanted to kneel and after listening to their reasoning, he offered to join them in their pregame statement.

“These kids are good kids,” Calipari said. “They care about this country and all the other stuff. They’re trying to figure out life and making statements they think they have to make. I want to listen to what they’re saying, and then I’ll support them if they want me to be there.”