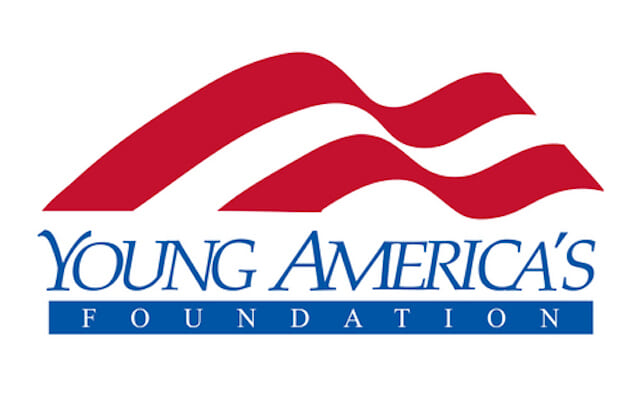 As the year draws to a close, Young America’s Foundation took a look back at the worst offenses committed in the name of woke political correctness and picked our Top 10 ‘Worst of the Worst’ examples of leftist nonsense.

Many of these stories featured on YAF’s blog—The New Guard—came to us via YAF’s Campus Bias Tip Line as students, fed up with the absurd and often outright-discriminatory practices of their schools, worked with us to shine a light on the Left’s illiberal practices.

Without further ado, here are YAF’s Top 10 ‘Worst of the Worst’ campus controversies from 2020:

A student at Saint Anselm College—a Catholic institution—received a zero on an assignment for using “gendered” language from the Bible. The offending language? Responding to questions about the creation narrative found in Genesis, the student wrote about the time “before God created man” and referenced Genesis 1:29: “God says to mankind ‘See I give you every seed-bearing plant on all the earth…’” The professor for the course, Gilberto Ruiz, explained that the student should have used “terms like ‘humankind,’ ‘humanity,’ ‘human beings,’ ‘people,’ and so forth.”

After Burbank public schools pulled classic American literature including Of Mice and Men, The Adventures of Huckleberry Finn, and To Kill A Mockingbird—citing what it described as complaints from parents that the books were leading to trauma for students—YAF stepped forward to provide the books directly to Burbank students. Students must have the ability to read and wrestle with the ideas contained in iconic works like these, not have their academic freedom limited by the whims of cancel-happy leftists.

8. University at Buffalo and University of Denver segregate students by race to discuss presidential election

University at Buffalo hosted two separate “listening sessions”—one a “People of Color Affinity Group” and another “White Affinity Group” for students to share how they were “emotionally and psychologically impacted” by the election educate on “ways to identify peaceful action, inclusivity, coping and support.”

Iowa State University instructor Chloe Clark issued a “GIANT WARNING” to her students, threatening “dismissal” for students who argue against abortion, the Marxist Black Lives Matter organization, or a laundry list of other topics deserving of open debate. The fact that Clark issued this threat to students in her English 250 course is a testament to the pervasive and corrosive impact of intersectional teaching practices pursued by leftist educators.

On too many campuses this year, YAF saw administrators abdicate their responsibility to resist leftist nonsense, and The George Washington University provides a classic example. For years, GW students have railed against their school’s namesake and pursued a narrowly-approved referendum calling for the school’s “Colonial” moniker to be removed. In July, the GW Board of Trustees caved to these demands and created a “special committee” to find a new, supposedly inclusive, moniker.

Zachary B. Smith, a professor of theology at Creighton University, tweeted that a pro-police event in Omaha, Nebraska, was actually a “white supremacist rally.” Perhaps unsurprisingly, Smith teaches in Creighton’s women and gender studies department. Following criticism in the wake of YAF’s coverage, the school released a statement condemning the tweet, adding Smith “regrets” his words.

4. University of Virginia leftist claims “too many white people” in Multicultural Student Center

YAF obtained footage of a student at UVA declaring “frankly there is just too many white people in here” at the school’s Multicultural Student Center. The video went viral and received international media coverage as people saw just one instance of the damaging impact the Left’s obsession with identity politics has on the rising generation.

The U.S. Constitution was “designed to perpetuate white supremacy and protect the institution of slavery,” according to a true-or-false question presented in an online quiz at Vanderbilt. YAF obtained a screenshot of the question—with “true” marked as the correct response—that was asked of students in Vanderbilt’s PSCI 1150 course. The class—Vanderbilt’s largest ever, according to the course syllabus—means that hundreds of young students were taught it is “wrong” to believe in the promises and protections of our Constitution.

In a surreal incident reported to YAF via our Campus Bias Tip Line, a professor at Illinois Central College was seen going on a tirade about how there’s “no evidence” that America is the greatest country in the world. The rant sounded familiar, not just because many professors spout similar nonsense, but because we’d heard these exact words before. As it turns out, Professor Troy Daugherty’s lecture was a nearly word-for-word ripoff of Jeff Daniel’s monologue as Will McAvoy in HBO’s The Newsroom.

According to email correspondence obtained by YAF, the University of Kentucky conducted its training for resident assistants by segregating students according to their racial identity: “one for RAs who identify as Black, Indigenous, Person of Color and one for RAs who identify as White.” The email goes on to clarify that these two tracks are a “Healing Space for Staff of Color” and “White Accountability Space.”

YAF also received a tip from a student at UC Davis about a similarly discriminatory training program. RAs in training there were divided into different “affinity groups” such as Black, Latinx, Asian-American, Critical Whiteness, Men of Color, Women of Color, LGBTQIA+, Trans, Non-Binary, and Women for “Social Justice Training.”

In the wake of YAF’s reporting, Senators Tom Cotton and Kelly Loeffler urged the Department of Justice to open an inquiry into the “alarming trend of apparent racial segregation in schools.”