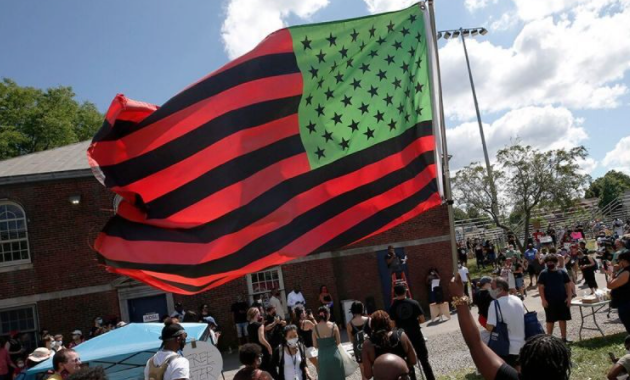 The Kansas City Chiefs have already agreed to decorate helmets with Black Lives Matter messages as well as post social justice messages in the end zones. And they are going to play the Black national anthem.

But that’s not good enough for the social justice mob. Now they want the professional football team to raise an “African-American” flag over Arrowhead Stadium.

“The red is for the blood, the black is for the people and the green is for the glory,” activist Pat Clarke said, describing the controversial flag.

Clarke wrote a letter urging the football team to display the red, black and green banner alongside the red, white and blue.

The Chiefs have already agreed to have the phrases “End Racism” and “It Takes All of Us” posted in the end zones, Fox 4 reports.