“Are You Gonna Pay My Rent?” Nick the Greek Confronts Public Health Nazis 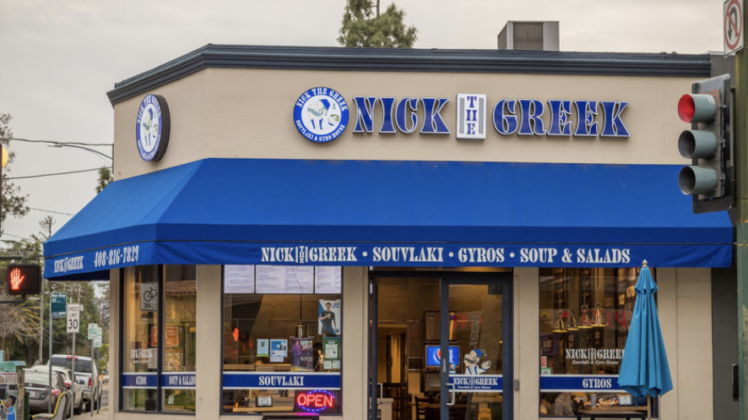 Restaurants across Ventura, California are being shut down by public health Nazis after they decided to reopen their diners in defiance of Gov. Gavin Newsom.

“I am trying to start something where all restaurant owners are going to wake up,” Anton Van Happen, the owner of Nick The Greek, told Newschannel 3. My calling is to all the other restaurant owners to open your restaurants. If we all open up they can’t do anything.”

Mr. Van Happen was busted by health department thugs after he provided outdoor dining for local residents. The video of his confrontation with the health workers has gone viral.

Some of his customers were just as livid.

“Why aren’t you at Costco right now, there’s 500 people inside Costco” a customer of ‘Nick The Greek’ says to public health inspectors issuing a citation to owner Anton Van Happen for remaining open after receiving a closure order on Friday.

Following is a transcript of the conversation:

Van Happen: I followed the rules! I continued to follow the rules and you guys still, time after time, are giving me citations, telling me I have to close my business! What about my employees?

Female inspector: You chose to make those decisions.

Van Happen: I chose to protest by putting my tables outside and I reiterated that. I never sold one single person outside. I did all take-out food and delivery so what exactly I was supposed to be doing. That’s exactly what I did. I did not break any — and it was not even a law— I did not break any rule.

Female inspector: There is a law that you’re breaking right now by operating without a permit.

Van Happen: Because you guys put this closure on my restaurant. So you guys yourselves are creating your own rule. And you’re giving out citations for your own rule that’s created. It’s not by law that you cannot sit outside and eat; that’s not law, that’s a form that I was given. So you can have people that pulled your citation based on that.

Male inspector: I’m not issuing a citation for closure. The restaurant is already closed. The permit has been suspended. However, your refusal to close warrants a description.

Van Happen: Because what am I going to do if I close? Are you going to pay my rent?

Van Happen: Okay. So if you’re not going to pay my rent, I’m not closing.

Male inspector: We need to reopen.

Van Happen: If you’re not going to pay my — I told you already.

Male inspector: We could have reopened today. You could  be open right now …

"Are you going to pay my rent ? says owner Anton Van Happen of 'Nick The Greek' to public health inspectors issuing him a citation for staying open after being issued a closure order. Things got tense pic.twitter.com/9eKCiAjDaw

"I'm not breaking the law!" says owner Anton Van Happen of 'Nick The Greek' to public health inspectors issuing him a citation for staying open after being issued a closure order. Inspectors warn Anton of his health permit being revoked if he remains open pic.twitter.com/C2VD1CGm4k

Here is the moment public health issues Anton Van Happen the owner of 'Nick The Greek' in Ventura a citation for remaining open after he was issued a closure order on Friday for having outdoor seating despite serving take-out only pic.twitter.com/0JJiEZckzd