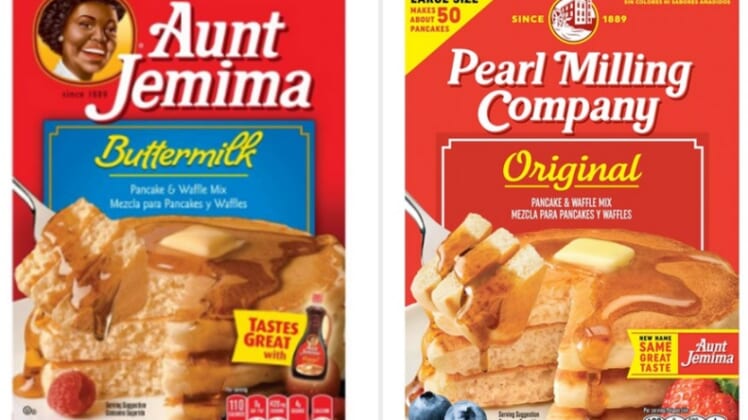 “What in the name of Aunt Jemima is wrong with America?” nationally syndicated radio host Todd Starnes asked Wednesday.

The Todd Starnes Show host was reacting to news that Quaker Oats Company, owned by PepsiCo, renamed and rebranded the famous pancake mix and syrup.

“So after 131 years, Aunt Jemima joins Mrs. Butterworth and Uncle Ben on the politically incorrect aisle at the Piggly Wiggly,” Starnes said.

Quaker Oats said it axed Aunt Jemima from its products to “remove racial stereotypes.” The announcement came in the wake of Black Lives Matter riots over the summer.

“When the cancel culture crowd goes after our breakfast food, they’ve gone too far,” Starnes added. “What’s next? Banning the Irish guy from the Lucky Charms? And heaven help the poor kid who starts his day with a bowl of Cocoa Puffs — or Fruity Pebbles.”

Others on social media slammed the company for the new name.

“This is somehow sounds more racist. Lol,” one man wrote.

“I think it sounds like a gravel mining company,” lawyer Michelle Rozovics tweeted.

Another person said it “sounds like something owned by a James Bond Villain.”

Some people said they wouldn’t be able to recognize it anymore or plan to boycott the brand altogether, the New York Post reports.

In addition to renaming the brand to pay homage to the original mill that created the pancake mix, the company announced it would give $1 million to uplift black women and girls.

At the time of PepsiCo’s initial announcement in June, descendants of Aunt Jemima ambassadors pushed back against the notion of “racial stereotypes” saying they feel their family legacies are being “erased from history.”

The new products are set to hit shelves this June.