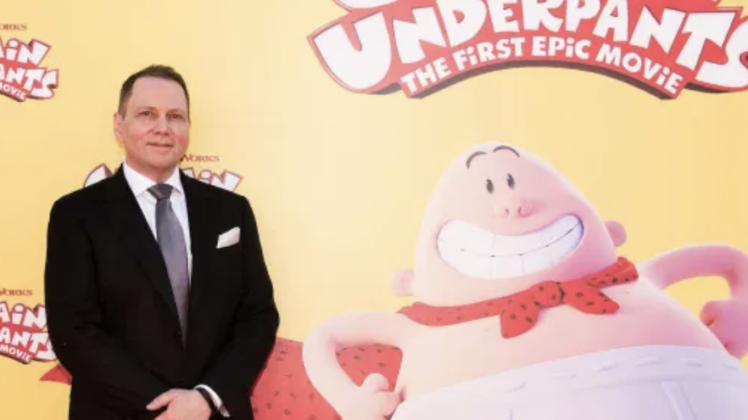 The author of a beloved children’s classic begged forgiveness from the Cancel Culture mob after they got triggered by a graphic novel he wrote in 2010.

“The Adventures of Ook and Gluk” written by Dav Pilkey, has been pulled from book stores and libraries because the mob says the book “contains harmful racial stereotypes” and is “wrong and harmful to my Asian readers.”

The book, a spin-off of “Captain Underpants,” follows about a pair of friends who travel from 500,001 B.C. to 2222, where they meet a martial arts instructor who teaches them kung fu and they learn principles found in Chinese philosophy.

It’s basically a remake of Hong Kong Phooey, the popular cartoon series of my generation — the unwoke generation.

Those of you who’ve read my book, “Culture Jihad: How to Stop the Left From Killing a Nation,” know that an evil mob of jihadists are waging a fierce war on our culture.

They will not stop until every statue, monument, artwork and book that causes them offense is wiped from the face of the Earth. Click here to read my book.

Scholastic said it had removed the book from its websites, stopped processing orders for it and sought a return of all inventory.

“We will take steps to inform schools and libraries who may still have this title in circulation of our decision to withdraw it from publication,” the publisher said in a statement.

PIlkey said he planned to donate his advance and all royalties from the book’s sales to groups dedicated to stopping violence against Asians and to promoting diversity in children’s books and publishing.

“I hope that you, my readers, will forgive me, and learn from my mistake that even unintentional and passive stereotypes and racism are harmful to everyone,” he wrote. “I apologize, and I pledge to do better.”

The decision came after a Korean American father of two young children started a Change.org petition demanding an apology.

“While it is appreciated that they are pulling the book from retailers, this is not enough. The damage has been done. Every child who has read this book has been conditioned to accept this racist imagery as “okay” or even funny,” the anonymous petitioner wrote. “It is this type of passive racism that has contributed to the continued hate and prejudice experienced by Asian Americans on a daily basis.”

It seems to me the jihadists would save a lot of time and energy if they just issued a blanket statement calling for the destruction of any books, artwork, music, movies or fashion created by white people.

With reporting from Associated Press