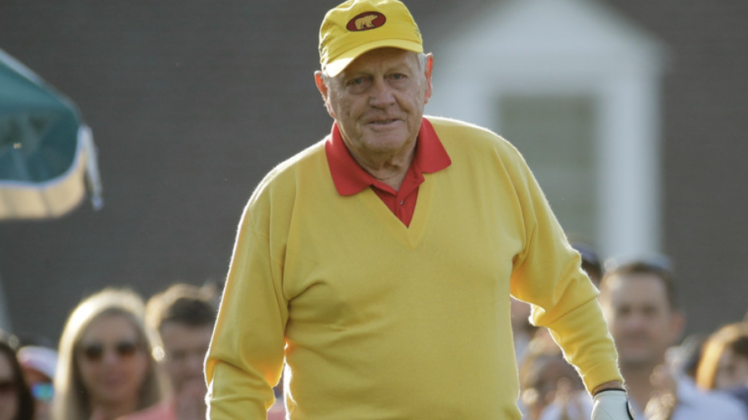 Even golf legend Jack Nicklaus can’t escape the woke mob that comes for anyone who does not apparently meet their standard level of hate for President Trump.

Nicklaus, who is 80, took to Twitter earlier this week to call on his followers to vote for Trump. He said that Trump is the only candidate to keep the American Dream alive and warned voters that a Joe Biden presidency could result in the country’s descend into socialism.

“Just a guy from Ohio and a Midwestern middle-class family, Whose grandfathers both worked on the railroad,” he said. “They gave their son—my father– the opportunity to pursue his education and his American Dream. I was touched by strong family values and worked hard to pursue my own dreams– my own American dream. I also believe that Donald Trump’s policies will bring the American Dream to many families across the nation who are still trying to achieve it.”

The endorsement was embraced by Trump and struck a positive tone. But of course—in America 2020—the brief praise of the president resulted in a wave of backlash.

Darren Rovell, a reporter for Action Network HQ, called the endorsement the “most divisive thing” the octogenarian has ever done.

Nicklaus apparently didn’t live up to Christine Brennan’s expectations either. She wrote a column in USA Today that did its best to make the endorsement about race. (When it’s deadline, just go with the putt.)

(We can’t wait to look back on how she described billionaire Michael Bloomberg’s donations to Hunter Biden’s dad’s campaign.)

Alas, it is not just “old white men” who suffer when they come out in support of the president. Lil Wanye, the rapper, was roasted online by trolls who couldn’t believe that he would post a near-endorsement picture with Trump in Florida—and so close to the election.

But the bullying tactics seem to work.

50 Cent, another rapper, actually endorsed Trump after seeing how much he’d have to pay in taxes under a Biden administration. But he changed his tune after he was called out by his ex-girlfriend, the Trump-hater Chelsea Handler.

“I had to remind him that he was a black person, so he can’t vote for Donald Trump, and that he shouldn’t be influencing an entire swath of people who may listen to him because he’s worried about his own personal pocketbook,” she said.