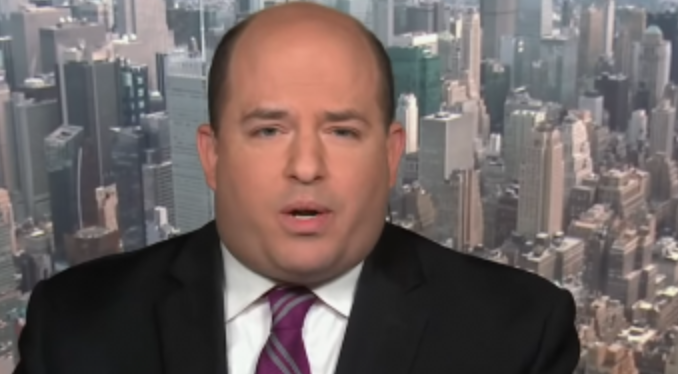 Before you read this story I want to strongly urge you to sign up for THE TODD STARNES SHOW free newsletter. It’s your only life line to conservative news and commentary. We can no longer rely on social media. Click here to subscribe.

CNN is calling on Verizon, AT&T and Comcast to deplatform conservative news networks like One America News and Newsmax.

“Just a reminder that neither @Verizon, @ATT, nor @comcast have answered any questions about why they beam channels like OAN & Newsmax into millions of homes,” CNN propagandist Oliver Darcy,” wrote on Twitter. “Do they have any second thoughts about distributing these channels given their election denialism content? They won’t say.”

“We are going to have to figure out the OAN and Newsmax problem. These companies have freedom of speech, but I’m not sure we need Verizon, AT&T, Comcast and such bringing them into tens of millions of homes,” ) and the Election Integrity Partnership’s Alex Stamos told Stelter.

Fox News Channel’s Tucker Carlson warned viewers that CNN was also trying to have them removed from television.

“CNN announced that it is working to force the Fox News Channel off the air and run this company out of business,” Carlson said. “A number of prominent Democrats, including officeholders, support that effort. CNN staffers have already contacted the six major cable carriers in this country, the companies that carry our signal into your home, and pressured them to drop Fox News.”

“Here you have a news company calling for censorship, a TV network demanding that media conglomerates ban its competitors,” he said.

.@alexstamos: “We have to turn down the capability of Conservative influencers–There are people on YouTube that have a larger audience than daytime CNN."

'OAN & Newsmax have freedom of speech, but I'm not sure we need Verizon, AT&T, Comcast bringing them into millions of homes' pic.twitter.com/uC0OcqmQJP