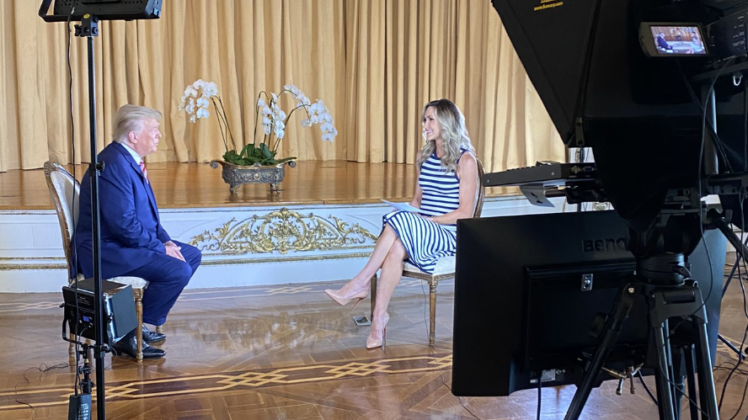 Facebook tonight removed an interview Lara Trump conducted with President Trump on The Right View. (Watch the full interview below)

“We removed content from Lara Trump’s Facebook page that featured President Trump speaking,” the message from Facebook stated. “In line with the block we placed on Donald Trump’s Facebook and Instagram accounts, further content posted in the voice of Donald Trump will be removed and result in additional limitations on the accounts.”

Lara Trump posted the message on her Instagram page. It was also shared on Twitter by her husband, Eric.

A second message from the social media platform stressed that “content posted on Facebook and Instagram in the voice of President Trump is not currently allowed.”

“The guidance applies to all campaign accounts and pages, including Team Trump, other campaign messaging vehicles on our platforms and former surrogates,” Facebook wrote.

The Trumps were stunned by the blatant censorship.

“We are one step closer to Orwell’s 1984,” Lara wrote on Instagram.

“What an absolute slap in the face to 75 million Americans,” Eric wrote on Twitter.

This is Facebook friends! What an absolute slap in the face to 75 Million Americans pic.twitter.com/UtBBhyNgaQ