Gina Carano Fights Back With New Film Project: ‘They Can’t Cancel Us’ 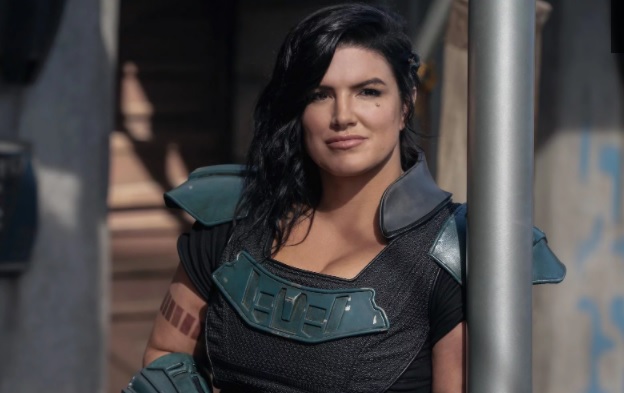 Conservative actress Gina Carano announced a new film project within 24 hours of being fired from Disney and Lucasfilm due to controversial social media posts.

Partnering with The Daily Wire, co-founded by Ben Shapiro, to fight back against cancel culture.

“The Daily Wire is helping make one of my dreams — to develop and produce my own film — come true,” Carano told Deadline.

“I cried out and my prayer was answered,” the former MMA fighter said. “I am sending out a direct message of hope to everyone living in fear of cancellation by the totalitarian mob. I have only just begun using my voice which is now freer than ever before, and I hope it inspires others to do the same. They can’t cancel us if we don’t let them.”

“Disney executives are basically telling conservative female employees to shut up and make them a sandwich,” Starnes said on the Todd Starnes Show Friday. “The only way to fight back against these culture jihadists who want to silence conservatives is to yell louder. “

Carano was fired from The Mandalorian for controversial social media activity. She shared a tik tok that compared tensions in the U.S. political climate to Nazi Germany.

“Jews were beaten in the streets, not by Nazi soldiers but by their neighbors…even by children. Because history is edited, most people today don’t realize that to get to the point where Nazi soldiers could easily round up thousands of Jews, the government first made their own neighbors hate them simply for being Jews. How is that any different from hating someone for their political views,” she wrote.

According to CBR.com, little information about the film is available, but Carano will develop, produce and star in the project, which will be released exclusively to Daily Wire members.

Daily Wire co-founder Ben Shapiro said he is looking forward to working with Carano on this project after she was “dumped by Disney and Lucasfilm for offending the authoritarian Hollywood Left.”

“This is what Daily Wire exists to do: provide an alternative not just for consumers, but for creators who refuse to bow to the mob. We’re eager to bring Gina’s talent to Americans who love her, and we’re just as eager to show Hollywood that if they want to keep cancelling those who think differently, they’ll just be helping us build the Xwing to take down their Death Star,” Shapiro concluded.