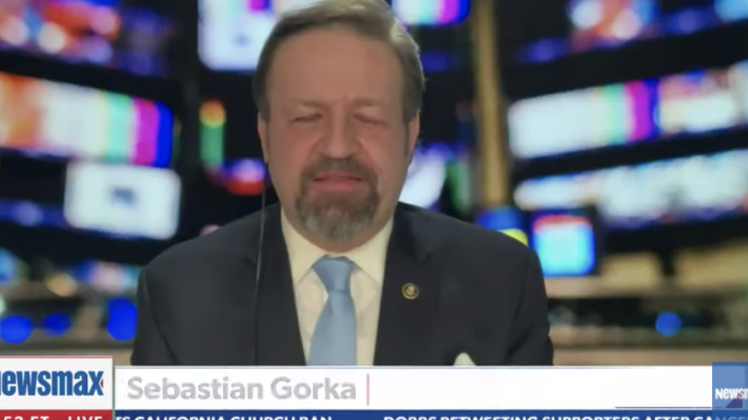 Salem Talk Radio host Sebastian Gorka told Newsmax today that Fox News Channel is in the throes of chaos after the cancelation of “Lou Dobbs Tonight.”

“He’s a patriot and he loves this country and he wants to make America great again. That’s why he had to be canceled,” Gorka said.

Dobbs, who hosted one of the highest rated programs on Fox Business, was dumped by the network on Friday night. No reason was given, but Dobbs is a well-known supporter of President Trump.

And Dobbs is also an authentic conservative — something that is a rarity at Fox News Channel these days.

In the late fall of 2019 Fox News canceled my contract after the National Hispanic Journalism Association complained about my commentaries regarding the illegal alien of America.

I was replaced by a Never Trump faux conservative.

They have killed the goose that lays the golden egg, he said, referring to Rupert Murdoch’s sons.

What is @FoxNews really doing? https://t.co/ScgeCuMwnj@LouDobbs