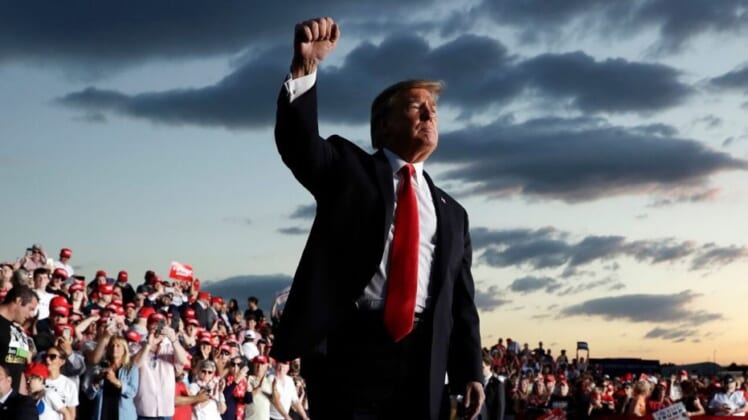 DEVELOPING STORY: The long-anticipated purging of Conservatives on Twitter is under way. Over the past 24 hours I’ve lost more than 12,000 followers. There is no proof Twitter is intentionally targeting Conservatives – but something is clearly going on.

I warned Americans what would happen if the Left took over our nation. pic.twitter.com/01CX2IuMld

Hundreds of thousands of followers have been deleted and it’s only getting worse. Fox News Channel’s Brian Kilmeade reports losing 30,000 followers in just four hours.

“Silencing people, not to mention the President of the US, is what happens in China not our country,” she tweeted, adding the hashtag #Unbelievable.

I’ve already launched a page on Parler. Click here to follow. I will continue to post on all social media platforms until we are completely banned.

Understand that this is nothing more than a concerted effort to silence conservatives across the nation. We are about to enter a very dark period in American history.

Twitters’ decision to ban the President of the United States came after former First Lady Michelle Obama called on Big Tech to permanently remove the president as a sign of being a “true patriot.”

I would also urge you to read my book, “Culture Jihad: How to Stop the Left From Killing a Nation.” Many thought I was overblowing what was about to happen to our nation.

It turns out — it’s just as bad as predicted. Click here to read “Culture Jihad.”

One little corner of things: Think I'm down about 13,000 followers in the last 48 hours or so.

So I have actually lost 30k followers in 4 hours? Is that even possible? Parler iced? Is this to please @JoeBiden? Does he know what Twitter is ?

I’ve lost over 35K followers on this authoritarian shitscape in the last 48 hours. Getting off here for the weekend barring the start of WWIII in which case I’ll hop on to put a funny gif.

Will be chatting, drinking wine and making challah at @rubinreport.com. pic.twitter.com/8Udn4I0fy6