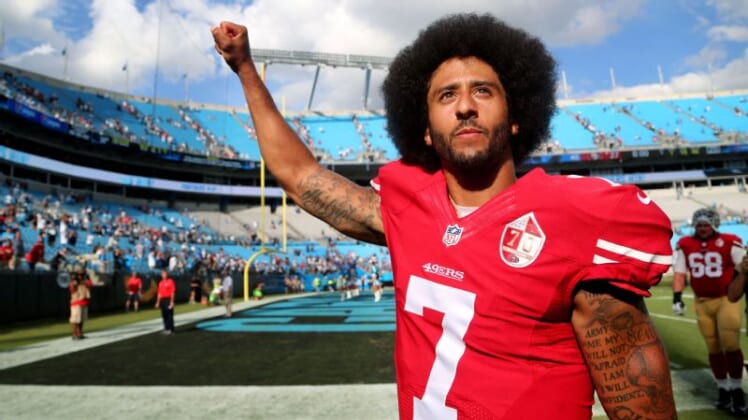 The following is a transcript of my morning radio commentary.

Once upon a time, a long time ago there was something called a football game.

The players would stand at attention, hand over heart for the national anthem and even a Christian prayer.

If the players can make a statement on the field, the fans can make one in the stands. #NFL #Booing

But that was before the virus and before Kaepernick.

These days – it’s not about the thrill of victory or the agony of defeat. It’s mostly just about agony.

All that to say – most fans are extremely frustrated that their favorite pastime has been turned into a political football.

So given the opportunity – they expressed their extreme displeasure by booing and heckling players at the NFL’s season opener.

Sports reporters and the social media critics pounced – accusing the fans of being disrespectful. But I disagree.