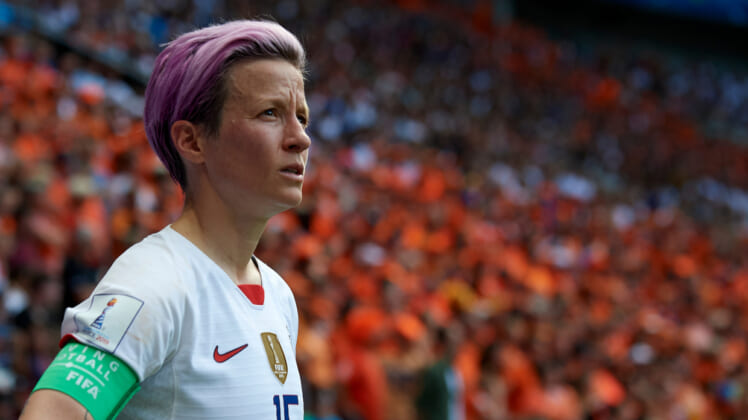 WARNING: JOE BIDEN WANTS TO CRACK DOWN ON CONSERVATIVE NEWS AND CONTENT. I want to strongly urge you to sign up for Todd’s free newsletter. It’s your only lifeline to conservative news and commentary. We can no longer rely on social media. Click here to subscribe.

The U.S. Women’s Soccer Team suffered their first loss in 44 games shortly after they took a knee for the Black Lives Matter organization at the Olympic opener.

And they didn’t just lose by a goal. In fact, they were beaten 3-0 by Sweden. That’s what I call a whoopin’.

The U.S. women’s team joined wokeness long ago, and their latest display has been kneeling for BLM. To clarify, they didn’t kneel during the National Anthem. Instead, they took a knee before the match.

This isn’t the first time they’ve put on a show like this. In the past they’ve made other pointed statements as a team, such as wearing BLM jackets:

Athlete Megan Rapinoe has been one of the biggest activists on the team. Her Twitter profile picture is even “Black Lives Matter.”

She told Rolling Stone last year that she feels like she should use her platform as an athlete to advocate her views:

“I didn’t build this platform by myself,” Rapinoe said in the interview. “[But] I have this microphone right now.… And I want to respect it. And I want to do right by it. And I think that we have an amazing opportunity to affect the world in a really positive way.”

I’d prefer she just focus on winning games and being a contributor to the best women’s soccer team in the world.

It’s sad that a group of American athletes are traveling overseas to represent our country and can’t even respect where they came from. Personally, I only want athletes that love America to represent in the Tokyo Olympics.

If this beat down is any indication of America’s soccer team, then these athletes are in for a long trip.