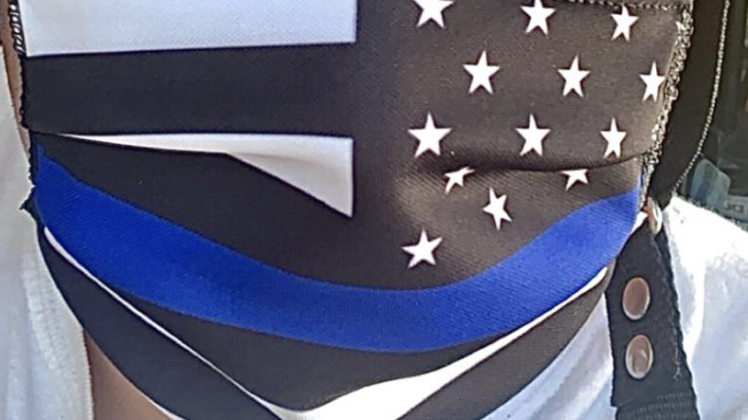 “The Thin Blue Line is a tribute to all fallen police officers including those lost on 9-11. To interpret it otherwise would be hollow hearted. This is where we stand,” the union wrote on its Facebook page.

PBA Local 67 president Stephen Cannici told New Jersey 101.5 that his members were told at the ceremony by Cauwels they could not wear the masks.

“The chief came down before the services began and told the officers that were present for the honor guard and any other uniformed officers that they could not wear those masks during the services,” Cannici said.

“I was not there for this but I’m sure they were not happy about it but they did comply with the order of the police chief,” Cannici said.