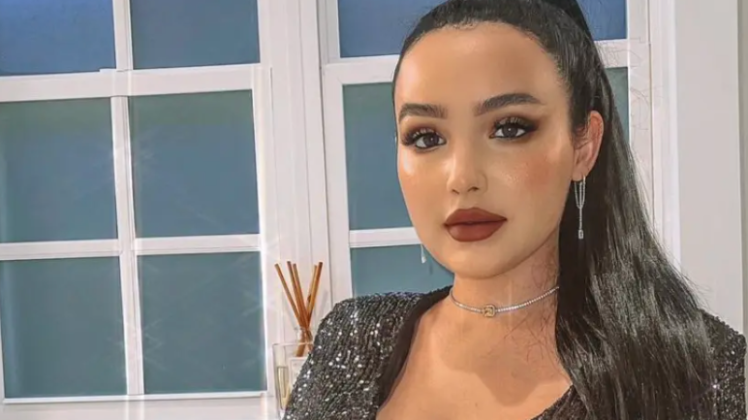 A pro-Trump Christian influencer says she was “silenced” by Sephora after the French retailer dropped her as a paid partner because her political and religious views were not “inclusive.”

Amanda Ensing, a Latina makeup influencer with over 1.4 million Instagram followers, is now calling on others to boycott Sephora and launching her own company: “Make Makeup Great Again.”

Her last sponsored video for Sephora was posted on YouTube Saturday, in which she listed her favorite skincare products, but she received backlash online for comments she made in the aftermath of the Capitol Hill Jan. 6 riot.

One of her tweets, comparing conservatives and liberals, included:

“The left: I hate it here. America is embarrassing. Only we can riot & loot. Defund the police. Just do what the government tells you & don’t ask questions.

The right: Let’s fight for freedom. We love the USA. Defend the Constitution. We support our Military & Law enforcement.”

Sephora responded to one user on Instagram: “We were made aware that Amanda Ensing, an influencer contracted through one of our external vendors’ campaigns, recently shared content on social media that is not aligned with Sephora’s values around inclusivity. As soon as we were informed, we made the decision to cease all programming with Amanda and will not be engaging her for future partnerships.”

Wearing a cross necklace and a “Latinos for Trump” t-shirt, Ensign responded in a lengthy Instagram video saying she “never condoned violence” and said she was unfairly targeted for being a Republican and Christian.

“I only started being called these things by trolls on the internet after I came out as supporting our President, after I came out talking about my conservative views and my religious views,” Ensign said.

Ensign also said her contract included that she would not be dropped for sharing her opinions on social media, but the retailer claims they made no attempts to silence her, saying her contract is handled by a separate company, RewardStyle:

“We were recently made aware of concerning behavior by Ms. Ensing on her social platforms.  Most recently, she made light of the violence and tragic loss of life at our nation’s Capitol last month,” Sephora said in a statement.

”Any claim that this decision was made on the basis of political or religious beliefs is inaccurate, we respect each individual’s right to have their own perspectives and freedom of expression.  However, Sephora reserves the right to terminate any partnership we deem inappropriate for our brand,” the statement continued.