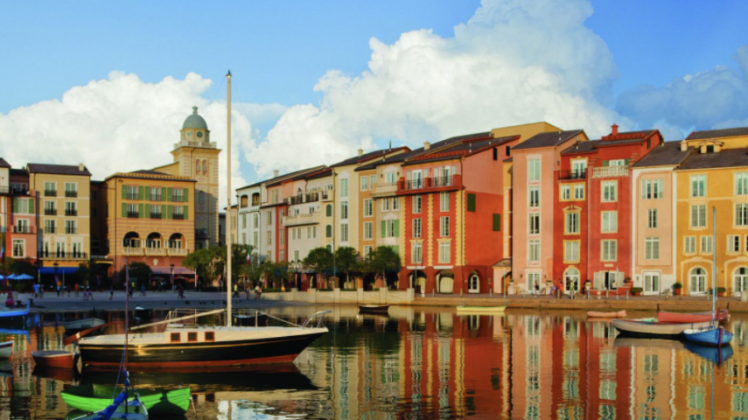 Loews Hotels has canceled an upcoming family-friend fundraising event that Sen. Josh Hawley was planning to host at one of their resorts.

The fundraiser had been scheduled to be held at the Portofino Bay Hotel at Universal Orlando. Contact Jennifer Hodges at Portofino to express your concern. Her email is johdges@loewshotels.com and her direct office line is 407-503-9090.

“We are horrified and opposed to the events at the Capitol and all who supported and incited the actions,” Loews said in a statement on Twitter. “In light of those events and for the safety of our guests and team members, we have informed the host of the Feb. fundraiser that it will no longer be held at Loews Hotels.”

The hotel chain had been under pressure to cancel the event from Democrats and far-left activists – including Florida attorney Daniel Uhlfelder. He’s the creepy guy who dressed up as the Grim Reaper on a Florida beach to attack Gov. Ron DeSantis’ China Virus policies.

“I think it’s totally inappropriate,” Uhlfelder told the Orlando Sentinel. “I guess he may be having problems raising money at this point …. So now he’s trying to promote some family-friendly event for $5,000 and you bring your family down and go to Universal in the middle of a pandemic, after [he’s] incited an insurrection? You can’t make this stuff up. I was shocked, I thought it was a joke.”

The Lincoln Project, the anti-Trump Republican group, also tweeted, “Let @Loews_Hotels know we don’t like businesses that work with traitors.”

“Is @Loews_Hotels / @UniversalORL going to cancel this fundraiser being hosted by seditionist @HawleyMO in Orlando or are they going to just be chill with a treasonous politician who would rather see Democracy burn for his own political gain,” State Rep. Anna Eskamani wrote on Twitter.

Is @Loews_Hotels / @UniversalORL going to cancel this fundraiser being hosted by seditionist @HawleyMO in Orlando or are they going to just be chill with a treasonous politician who would rather see Democracy burn for his own political gain? https://t.co/5UZDlcLwwr