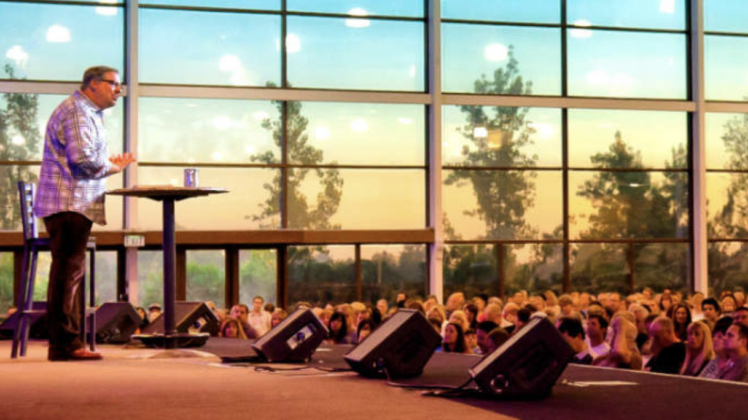 Well, it won’t be long until the creator of VeggieTales will have to apologize and destroy his entire life’s work because it culturally appropriated vegetables. (I’ll explain that a bit later in this column)

So goes the modern-day woke and politically correct church where everything that could cause offense will cause offense.

And that brings me to an item from Saddleback Church, the mega-church based in Southern California.

Four years ago a pastor in the children’s ministry dressed up as an Asian martial arts sensei in an attempt to teach a Bible truth, Pastor Rick Warren said in a lengthy Facebook post.

Religion News Service described the video as a form of slap-stick with the pastor wearing a “Chinese shirt” and making Kung Fu sounds. At one point in the video the pastor pretended to make sushi that he later spit out.

Was it the shirt? Was it the Kung Fu sound effects? Bad sushi? Who knows?

“The moment I saw a screenshot of it, I was upset and embarrassed,” Pastor Warren wrote on Facebook. “It was immediately taken down.”

“My instant fear was that the thousands of Asian American children who are a part of our church family would feel made fun of and that their families and so many others would rightfully be offended,” he said. “I apologize that this video was ever made and that it was ever posted.”

Warren said the video was unchristlike and demeaning.

“This is the very kind of cultural and racial insensitivity that we’re trying to eradicate in our church family,” he wrote. “It’s never appropriate to use a stereotype to teach.”

I reckon that means pastors will no longer wear Tommy Bahama shirts. And heaven help the church ladies who serve fried chicken during the Wednesday night fellowship meal.

As you might expect, the church received hundreds of responses — mostly negative. Many accused the church of bowing to political correctness and the Cancel Culture movement of the day.

Others wondered why a video, which by the church’s own admission was meant to teach a Bible truth, caused such offense in the first place.

I’d share some of those comments with you, but the church deleted most of the criticism — in the name of love, of course.

“It is out of love that we have decided to remove COMMENTS LIKELY TO ONLY INCREASE the pain of those this apology is intended for,” the church wrote. “We wish to prevent further injury to those from whom we asked for FORGIVENESS. We will also be removing future disrespectful and unkind comments if they appear on our channels.”

That being said, the Body of Christ must address the most pressing issue of the day: why is Bob the Tomato a part of the VeggieTales cast? Everyone knows that the tomato is a fruit. This gross casting must cause great offensive in the veggie crisper. An apology is in order. Unless, of course, Bob the Tomato identifies as a vegetable…