THAT STINKS: Now Pepé Le Pew is the Target of the Cancel Culture Mob 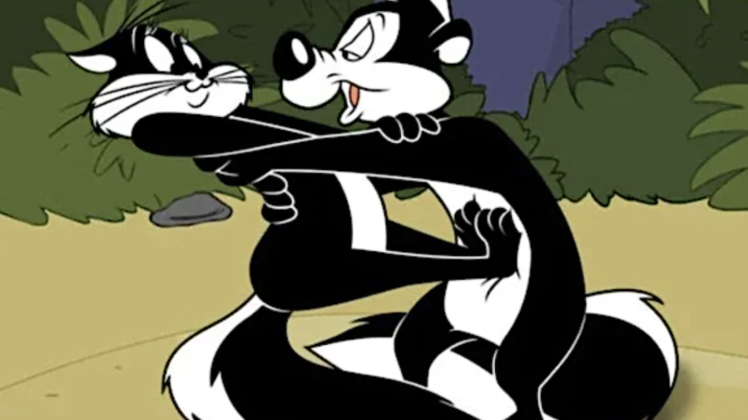 Charles Blow, The New York Times columnist, has caused a national stink after he said the cartoon character Pepe Le Pew “added to the rape culture.”

Mr. Blow literally believes that the behavior of the French skunk encouraged generation of young men to sexually assault women.

His column truly is a looney tune, good readers.

“Some of the first cartoons I can remember included Pepé Le Pew, who normalized rape culture; Speedy Gonzales, whose friends helped popularize the corrosive stereotype of the drunk and lethargic Mexicans; and Mammy Two Shoes, a heavyset Black maid who spoke in a heavy accent, he wrote.

To be clear there is no scientific or law enforcement data that suggests Looney Tunes led to an uptick in sexual assaults across America.

Blow’s cheap shot at Pepe Le Pew and Speedy Gonzales garnered just a brief mention in a lengthy column outlining his grievances at Dr. Seuss, Little Rascals, and a children’s version of the Bible that portrayed Job as a white guy.

“So, this week when the company that controls the Dr. Seuss books announced that they would no longer publish six of the books because of racist and insensitive imagery, saying ‘these books portray people in ways that are hurtful and wrong,’ I cheered as some bemoaned another victim of so-called “cancel culture,” Blow wrote.

“Racism must be exorcised from culture, including, or maybe especially, from children’s culture. Teaching a child to hate or be ashamed of themselves is a sin against their innocence and a weight against their possibilities,” he added.

A New York Times columnist is calling for the cancellation of Looney Tunes cartoon character Pepé Le Pew, writing in an op-ed that the French skunk has “added to rape culture.” pic.twitter.com/7rRN1JRPNd

He later defended his assertion that overly amorous Pepe Le Pew was a racist in a series of Twitter messages.

“This helped teach boys that “no” didn’t really mean no, that it was a part of “the game”, the starting line of a power struggle. It taught overcoming a woman’s strenuous, even physical objections, was normal, adorable, funny. They didn’t even give the woman the ability to SPEAK,” Blow wrote.

To be honest, that sounds more like the behavior of Gov. Andrew Cuomo and President Biden than Pepe Le Pew.

Mr. Blow suggested that conservative writers and thinkers were upset with his assertion that Pepe Le Pew was a racist. That’s hardly the truth.

Conservatives are simply aghast at the ignorance of a supposedly educated and intellectual man like Charles Blow.