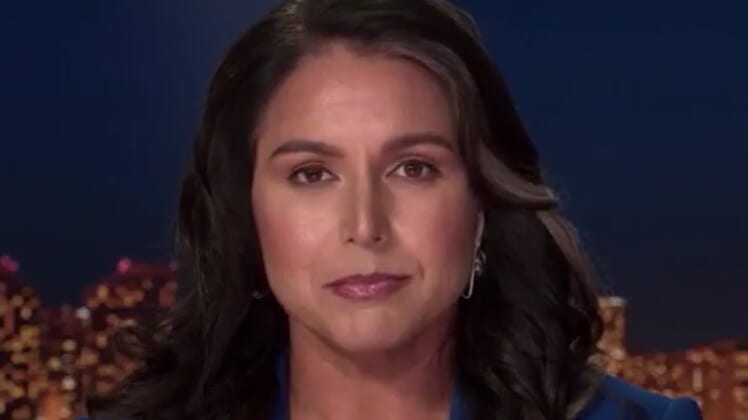 “You see the final expression of cancel culture in Islamist terrorist groups like ISIS and Al Qaeda.” – Tulsi Gabbard

The former Democratic congresswoman from Hawaii spoke to Fox News host Trey Gowdy Tuesday night about the outcome of the leftist tactic.

“You see the final expression of cancel culture in Islamist terrorist groups like ISIS and Al Qaeda,” she said. “Who basically go and behead those who they deem to be infidels or heretics in order to silence them.”

Gabbard said the terrorists do it “in order to protect others from being misled by those heretical ideas in the eyes of ISIS or Al Qaeda.”

She compared it to cancel culture in the U.S.

“We see those efforts to cancel or silence those that they don’t want the people to hear from,” she explained.

“Those who may offer a different idea than the one that those in power want people to see or to hear or to be exposed to. When we look at the foundations of our democracy, this is the danger of where this path leads us unless we as individuals stand up against it.”

“Tulsi Gabbard, she gets it,” he said on the Todd Starnes Radio Show.

“We are in the middle of a jihad,” Starnes said.

“The Left has declared a fatwa on our culture,” he explained. “They literally want to destroy our culture. This is why they’re tearing down all the statues, … renaming the schools, … going after people who oppose gay marriage, … banning these books.”

Starnes added: “This is a jihad on our culture and they want to build some sort of a socialist utopia on the rubble of our society.”