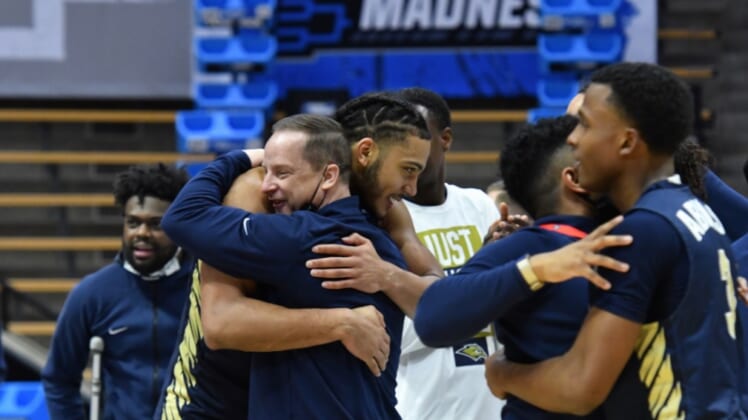 Oral Roberts University is this year’s Cinderella story in the NCAA’s March Madness, but cancel culture has its target on the evangelical school’s beliefs.

ORU beat No. 2 Ohio State and seventh-ranked Florida to play in the Sweet 16 Saturday, but a “For The Win” writer wants the NCAA to kick them out.

She claims the private Christian school’s values and beliefs are “wholly incompatible with the NCAA’s own stated values of equality and inclusion.”

She tears into the school in the lengthy op-ed, calling it “toxic,” “morally regressive,” “prejudiced,” “homophobic,” “sexist,” “transphobic,” “fundamentalist,” and “discriminatory.”

“The fact is, any and all anti-LGBTQ+ language in any school’s polices should ban them from NCAA competition,” she said, adding, “Whatever the Oral Roberts men’s basketball team manages to do on the court can’t obscure the dangerous and hateful ideology of its core institution.”

In other words, she believes followers of Christ are irredeemable.

But the Family Research Council said the progressive view goes way beyond the court.

“Because the real goal here isn’t just pushing ORU to the exits,” FRC writes. “It’s about driving all Bible-believing Christians, Christian education, and Christian institutions into some sort of spiritual ghetto — far away from the public square.”