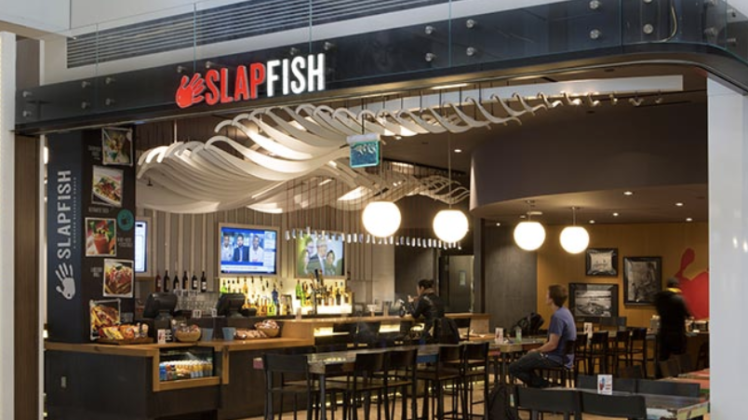 Andrew Gruel, the television personality and founder of Slapfish seafood eateries, announced on Twitter last weekend that he was opening up one of his establishments to anyone hurting or out-of-work families to stop by and enjoy a nutritious bite to eat…on him.

Gruel took to Twitter from one of his restaurants, Big Parm, in Tustin, Calif., near John Wayne Airport, and said, “there’s tons of outdoor seating, air conditioning inside, completely spread out…so if you’re struggling…if you really just need to have a pretty good meal, and maybe you’re pinching pennies, come on down, OK? I’ll take care of ya…Slapfish is on me, Big Parm is on me…Spread the word, let everybody know.”

Gruel was on the “Todd Starnes Show” on Tuesday and said he believed that it is up to the private businesses to step up and help their communities out while so many Americans are suffering financial hardships during the coronavirus outbreak and subsequent lockdowns.

He said the restaurant is in Orange County—which is a famously affluent area—but he said there are still issues with hunger for some families.

“It’s always been one of our missions, to break that cycle of hunger and homelessness,” he said. He said there is a lot of uncertainty in the world today, but knowing where you’ll get your next meal can be very comforting to some. He said since the beginning of the coronavirus outbreak, he’s probably given away about 8,000 highly nutritious meals to struggling families. All children eat for free.

Gruel said he has six restaurants in Southern California and 27 around the country and he said he is fortunate because most of his places are considered to be “take-out worthy” and customers do not necessarily need to dine in. He said his restaurants are doing well in some markets and others are struggling due to regulations.

Todd Starnes, the host of the radio show, asked Gruel if there was someone he could turn to in places with strict coronavirus restrictions, like California, and he said that that did not seem like an option.

“Unfortunately in California, it seems like a big game and we’re on the poor end of the deal here, when it comes to small businesses and restauranteurs,” he said. “Decisions are made at the last second, there doesn’t seem to be much science or quantitative analysis in proving those decisions and we’re out… we’re out revenue, we’re out product, and then it changes two days later.”