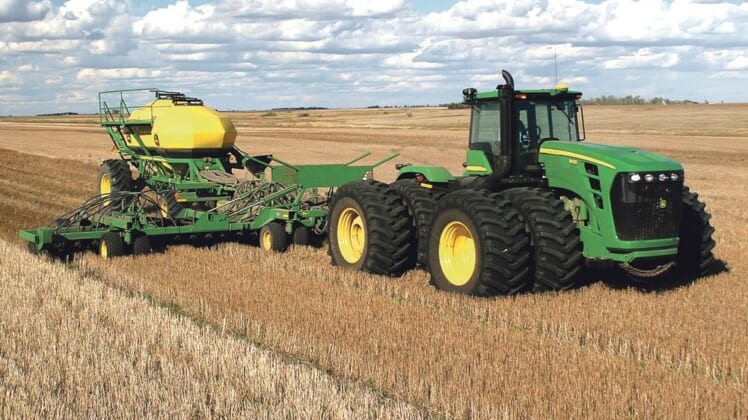 The $1.9 trillion coronavirus relief package has a lot more than just relief from the pandemic. Democratic representatives are using it to fund a Leftist agenda, including billions of dollars for minority farmers in debt.

President Joe Biden is set to sign the bill, which includes around $4 billion to help Native American, Asian, Hispanic and Black farmers pay off their debt.

One group is left out of this aid, and that’s Caucasian farmers.

“White famers get nothing,” Starnes said. “They say it’s reparations, but it’s not. It’s racism. Pay your bills, America.”

Many farmers are questioning the logic of this move by the government.

“My reaction is, ‘Where did common sense go?'” Kelly Griggs, a farmer in Tennessee, said to Fox News.

The bill isn’t just helping to pay off minority farmers’ debt. It also have around $1 billion set aside for assistance to help farming advance in racial justice.

The USDA reported that less than 2 percent of farmers were Black in 2017. And, the number of farms with Black producers totaled less than 36,000, while farms run by Caucasians totaled over 1.9 million.

Although the package doesn’t explicitly say the word “reparations,” this “aid” for minority-only farms is a cover for it.

Farmers are crucial for running this country, and they are very deserving of aid in the coronavirus bill. However, discriminating against certain farmers due to their skin color is morally wrong.