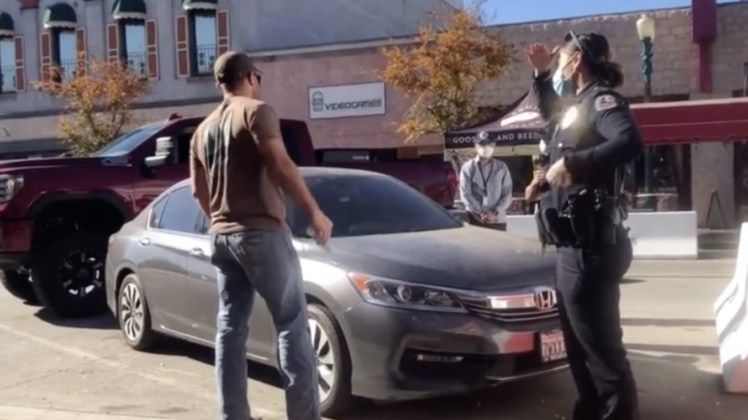 The owner of Bread & Barley in Covina, California decided enough was enough when a public health Nazi ordered his restaurant to shut down.

So Carlos Roman parked his truck behind the vehicle belonging to the public health inspector.

“He wants to come in here and say nobody can work—well, then he can’t work either!” Roman told a police officer who responded to the scene. “If we can’t work, he can’t work.”

As many as a half dozen police officers showed up and demanded the restaurant owner move the truck.

He then asked the police officer and the health department Nazi whether they got a paycheck on Friday. It’s a legitimate question.

The only person in that video not getting a paycheck is the law-abiding restaurant owner.

But the restaurant owner’s cooks and servers are penniless.

That’s not right. Watch the entire video below. I would strongly encourage you to watch it.

Click here to help support Carlos and the staff of Bread & Barley.