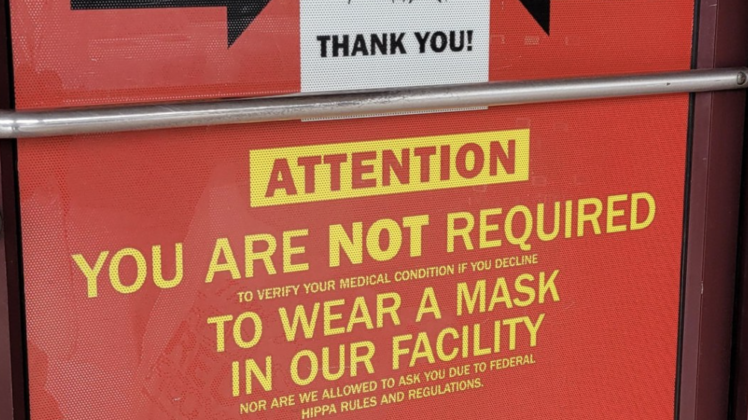 The owners of Lewis Country Store near Nashville have decided to defy local orders to force employees and customers to mask up.

There a bright red sign on the front door of the store explaining that mandatory masking is akin to socialism and communism.

“ATTENTION: You are NOT required to wear a mask in our facility,” the sign reads.

Store owners also said customers are not required to “verify your medical condition if you decline to wear a mask in our facility.”

“Rest assured people like me are willing to fight until our last breath and bullet to defend the constitution of this last frontier of freedom left on the planet we call the United States of America.” owner Brad Lewis told television station WKRN.

“Mayor John Cooper and his band of Communist cohorts are the real virus threatening Nashville,” the sign read.

“You know he has a right to express his opinion. The reality is right now that the virus is growing apparently, larger numbers are being infected right now everyone needs to protect themselves as much as possible but for those that feel like that they choose not to, it’s their right,” said customer Bruce Raley.

The signage didn’t seem to stop customers, even mask supporters like Raley, the television station reported.

“No social distancing is more important to me than actually the mask itself. If you try to stay at a social distance away from people then I feel like I’m pretty much protected. He’s a local business owner, he has every right I believe to put that sign up and to make that decision for himself,” said Raley.