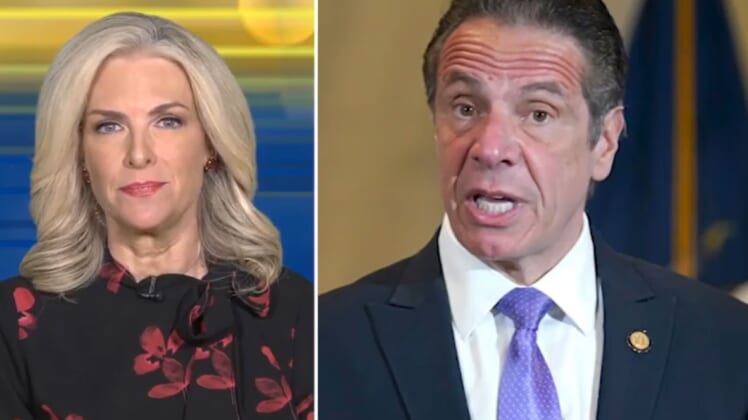 CNN shrugged off a report that its host Chris Cuomo received special treatment, saying it was “not surprising.”

“I think it’s just disgusting. I think the impeachment process should continue. I think Albany lawmakers need to do that for our families. Get it done!” Dean told “Fox & Friends” Thursday.

She added: “They’re stalling. They’re stonewalling now. He doesn’t deserve to be our leader anymore.”

Dean, who called the governor a “bully who likes to threaten people,” has been Cuomo’s fiercest critic after both her in-laws died from COVID-19.

“I’m not surprised there’s a ‘me too’ movement against him because he really does think he’s the most powerful guy in the room,” Dean said. “Justice needs to be done here.”

Her comments come a year after the embattled Democratic governor’s directive that put COVID-positive patients in nursing homes.

The Department of Justice is looking into Cuomo’s plan after one of his officials admitted to doctoring documents related to the directive.

CNN did not challenge the new report or claim it was false its statement.

“We generally do not get involved in the medical decisions of our employees,” CNN spokesman Matt Dornic said.

“However, it is not surprising that in the earliest days of a once-in-a-century global pandemic, when Chris was showing symptoms and was concerned about possible spread, he turned to anyone he could for advice and assistance, as any human being would,” he added.