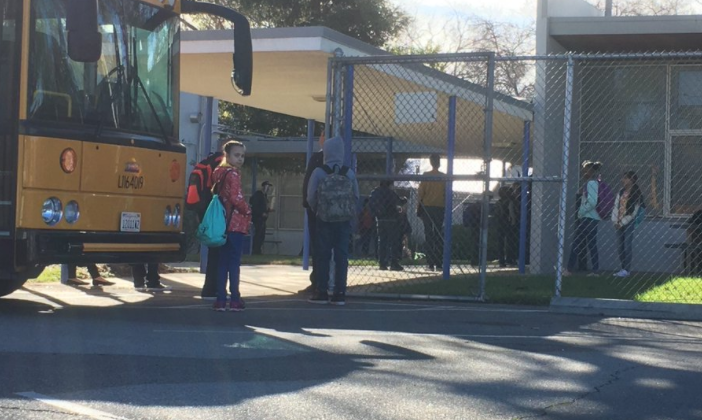 A school district in Los Angeles is getting slammed by parents for permitting young actors to film an Apple TV commercial on campus but not allowing students to learn in person.

Advocacy group Speak UP tweeted out a photo of maskless kids allowed to film on campus, pointing out the hypocrisy that children with special needs are still prohibited from getting the much-needed in-person education due to coronavirus lockdowns.

“State rules currently allow filming at schools even though those same schools do not meet the state rules to reopen,” the Los Angeles Unified School District (LAUSD) said in a statement, adding they are “grateful” for revenue from the film contracts.

“It’s clear that California and LAUSD have their priorities all wrong,” Jenny Hontz, Speak UP spokeswoman, said according to the Los Angeles Daily News.

“How on earth can they claim it’s unsafe for kids to get services and an education on campus, but it’s safe for kids to work on campus doing a TV shoot?” she added. “The kids have come last in Los Angeles, and that needs to change.”

Despite CDC guidance saying it is safe to reopen schools, LAUSD Superintendent Austin Beutner and the local teachers union are pushing back against growing frustrations among parents.

But Hontz told ABC 7 in-person learning is vital for parents of kids with special needs.

“About three-fourths of parents said their kids were regressing to the point of self-harm,” she said. “We have parents telling us absolutely horrible stories about their kids hitting themselves, hitting their parents, screaming every time they try to sign them onto Zoom. These kids are suffering and they’re not able to get an education on the screen.”

“I hear the concern about why you can have a film shoot with children but you can’t have children at school,” Ferrer said. “We are under the state guidelines. We need to get community transmission rates down then I think there will be more school communities that are reopening.”