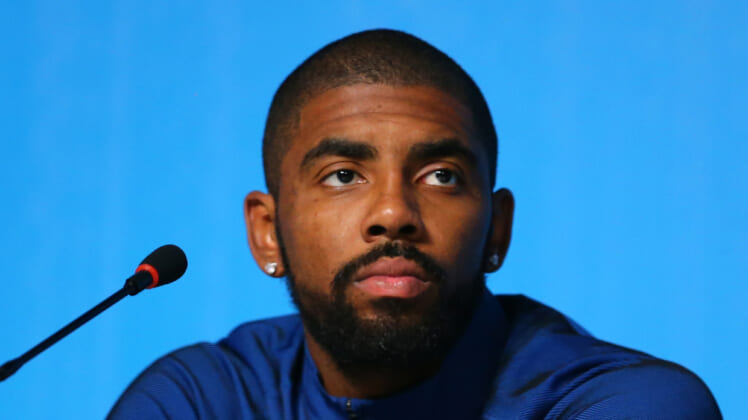 Fight back against Big Tech censorship by signing up for Todd’s free newsletter. Fill out the form below and then click subscribe!

Brooklyn Nets superstar Kyrie Irving “will not play or practice” until he gets the coronavirus vaccine, the general manager announced Tuesday.

Due to New York City’s vaccine mandate for indoor events, the Nets reported Irving would be sitting out all home games for the upcoming season. While the NBA itself isn’t forcing a league-wide mandate, individual teams located across the country are abiding by their location’s rules.

“Kyrie has made a personal choice, and we respect his individual right to choose,” Nets general manager Sean Marks said in a statement. “Currently, the choice restricts his ability to be a full-time member of the team, and we will not permit any member of our team to participate with part-time availability.”

Irving, a seven-time All-Star, refused to talk to reporters about his vaccination status saying he wanted to keep it private, but the league has outed him.

And now, something that had been building for weeks has finally come to a head…but Irving isn’t backing down.

He isn’t the only one refusing to take the shot, and he likely won’t be the last to face the repercussions by the league and the Mainstream Media.

TODD STARNES is raising money this month for Alliance Defending Freedom’s FREEDOM FUND! ADF defends Americans who are under attack for their Christian faith. Click here to help ADF!