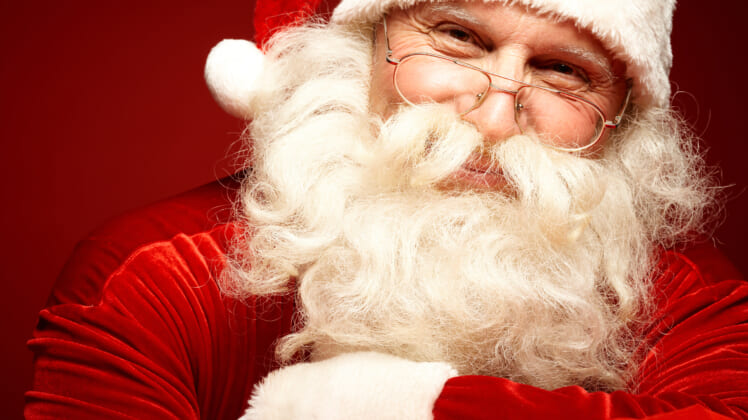 NEWSMAX: Santa Claus may not be coming to town when he’s called out for parties and festivals this Christmas season because of a national worker shortage, not to mention the COVID-19 pandemic.

The nation’s major shopping malls have already signed the best Santa Clauses onto contracts, but there aren’t enough people willing to put on the red suit and beard as holiday parties return to normal this year, reports The Washington Post.

Like so many other things this season, the demand is outpacing the supply, even for Santas-for-hire who can make a lot of money for their services.

Rather than earning their pay in cookies and milk, typical Santas can draw $30 an hour but more experienced Santas, especially those who grow their own beards and don’t need fake padding, can make $150 an hour or even more.

“Across the board, I’ve seen an uptick in the number of requests, but once I’m full, I’m full,”  Doug Eberhardt, a Santa based in Charlotte, North Carolina, told The Post. “I’ve got 92 gigs booked between now and Christmas.”

Another company, HireSanta, which provides Santa Clauses and Mrs. Santas, has been turning away people’s requests for weeks.

And then, there’s the COVID-19 pandemic. The disease has hit the pool of potential Santa Clauses hard because many people who play Santa are also at high risk because they are generally older men and often have that “bowl full of jelly” physique that puts them in danger of illness.

“Several hundred Santas and Mrs. Clauses, over the last 18 months, have passed away, and it’s just a tragedy,” said HireSanta founder Mitch Allen. Not all of them died of COVID, he stressed, but still, there are many Santas who are worried about having children who haven’t gotten their shots sitting on their laps.

Santa Tim Connaghan, who has been called the “National Santa” because of his high-profile roles in parades and for Toys for Tots, told The Post that at least 18% of his fellow Santas are sitting this year out.

Connaghan said he’s also cutting back this year, even though he’s gotten his shots, and he’s encouraging others to do the same. Continue reading at Newsmax.