“TOTALITARIAN CULT”: NBC Doctor Says Even After Vaccine Life Won’t be Back to Normal 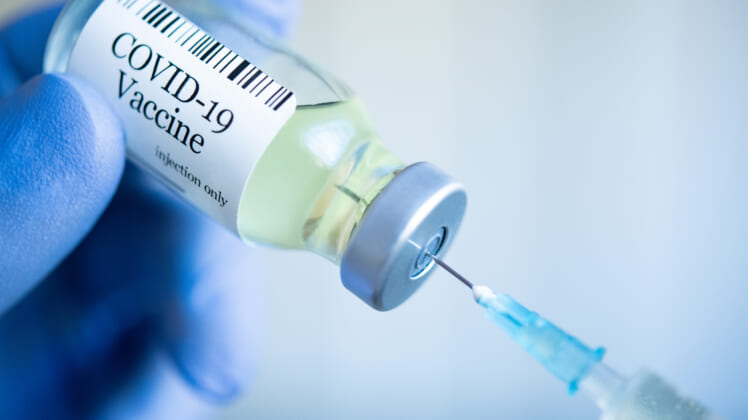 Doctor drawing up Covid-19 vaccine from phial bottle and filling syringe injection for vaccination. Close up of hand with blue surgical gloves taking sars-coV-2 vaccine dose from vial with syringe.

NBA doctor says even after getting your second dose of the coronavirus vaccine, nothing changes. You still have to mask up. You still have to restrict travel. In other words, life will still not go back to normal after you get the vaccine, despite for months “experts” telling us that’s what we needed to get back to “pre-coronavirus life.”

Dr. Vin Gupta, health policy analyst for NBC News, talked with show host Chuck Todd about how “Everything still applies until all of us get the two-dose regimen.”

Gupta estimates that won’t be until at least June or July. However, many Americans are still opposed to taking the vaccine, so who knows how long it will actually take for experts to give society the green like to go back to “normal.”

Sen. Ted Cruz (R-TX) says this isn’t about protecting Americans at all:

Sen. Cruz was echoed by many others on Twitter:

This is just another example of the Mainstream Media treating the American people like they’re a bunch of unintelligent citizens. The television anchors aren’t even trying to hide their intentions anymore.

Many people are hesitant to take a vaccine that was created in such a short span of time. There’s already been reports of side effects from over in Great Britain. So if that vaccine isn’t guaranteed to work, as Gupta points out, then many people figure it’s better not to take the vaccine and avoid the possible side effects.

Buckle up, America. Just because 2020 is coming to a close, the battle against the Mainstream Media and our liberties is just ramping up.