VIDEO: Library Calls Cops on Mother and Young Child for Not Wearing Masks 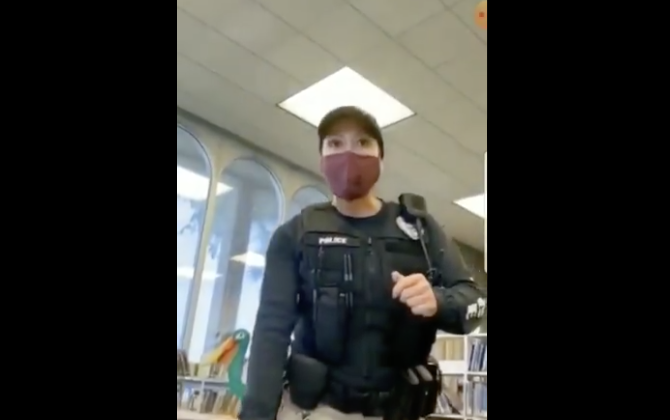 A video posted on social media shows a mother and her small child being ordered to leave a nearly vacant Florida library.

To be clear, the video does not capture the entire event – so we do not know what happened leading up to the incident. And it’s not possible to provide much context.

The unidentified woman says that a librarian at the Lantana library called 911 after she refused to wear a face mask.

I wonder if the librarian’s name is Karen?

The police officer told the mother that she was causing a disturbance and would be charged with trespassing if she did not leave.

It was a rather Nazi-esque moment. Watch below:

A mother was at the PUBLIC library and this happened!!!! This was at the Lantana library here in south Florida. pic.twitter.com/EFecPQwGDW