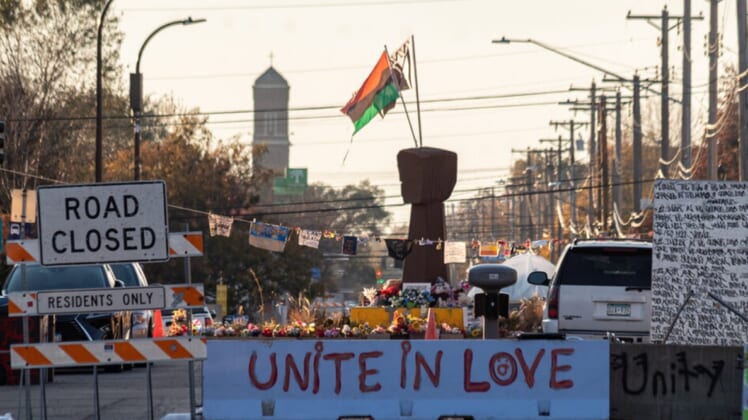 The George Floyd Square “autonomous zone” militant occupiers in Minneapolis say they won’t leave until their list of 24 demands is met.

Apparently the guilty verdict for Derek Chauvin meant nothing to the far-left extremists, who in addition to special rules and regulations for white people, threaten they won’t leave and will create new zones unless their manifesto is met.

The list includes removing political enemies and demanding hundreds of thousands of dollars.

“If action is not taken by the city to meet our demands for justice, member of the community that live in the George Floyd Square Zone are prepared to maintain street barricades and take the protest…into the heart of every significant neighborhood that is unbothered by the death of George Floyd or the spirit of anti-blackness involved in his death and that of many others,” the list concludes.

Andy Ngo, a journalist who has been covering these zones, told Fox News he’s not surprised to see the occupation, similar to CHAZ in Seattle.

The “Unmasked: Inside Antifa’s Radical Plan to Destroy Democracy” author said they have people with guns, knives, and other weapons manning checkpoints.

“These areas have become deadly,” Ngo warned. “In Minneapolis, there was a shooting where somebody died…In CHAZ, in Seattle last year, there were six shootings and two murders, and attempted rape.”